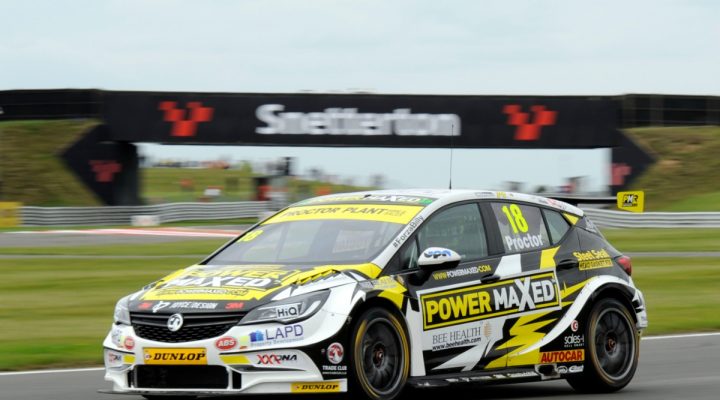 Power Maxed Racing’s Senna Proctor took maiden Dunlop #ForeverForward honours of the season at Snetterton, gaining 24 positions over the course of the weekend.

Proctor qualified in 27th but immediately set about showing his true pace with a fightback to 17th in the opening round – a ten place gain. Race two saw some of those early gains eroded as the Vauxhall rookie found himself 23rd come the chequered flag.

Another battle back through the pack ensued – this time all the way up to a top ten finish and strong points with an impressive drive to 9th to seal by far and away the best result of his inaugural BTCC campaign so far.

The former improved from 26th on the grid for the opener to fifth come the final race of the day while the latter jumped in steps from 29th to 15th, gaining back ground lost in race two in the finale.

A special mention in #ForeverForward this weekend must go to debutant Brett Smith, in for father Jeff at Eurotech Racing. Smith gained the most positions in a single race in the finale, tied with Laser Tools Racing’s Aiden Moffat, on the way to a tally of 17 places gained over the three rounds – enough for third spot in the weekend’s running.

Despite never sealing overall weekend honours, Dave Newsham’s consistency across the season is playing dividends as he now leads the #ForeverForward standings with 80 points, Colin Turkington is second with 78, while Jake Hill third with 76