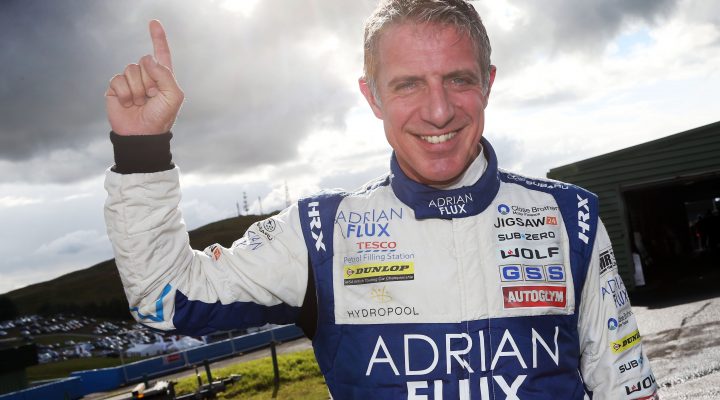 Plato – already the most successful driver in the history of the BTCC in terms of race wins – has been experiencing a challenging season so far, but recent signs have suggested that the tin top legend is back on track.

A damp yet drying surface produced a tricky 30-minutes of running for 32 of the country’s best racing drivers, which would ultimately lead to a last lap shootout as track conditions rapidly improved.

The field switched from Dunlop BluResponse wet tyres to the SportMaxx slicks in the final ten minutes, and lap times would tumble right up until the chequered flag fell.

It was Plato who timed his run to perfection as he blasted across the line to steal top spot from Subaru team-mate Ash Sutton in the final seconds.

The one-two qualifying result for Japanese marque Subaru was followed by a three-four finish for Team BMW, as Rob Collard got the better of double BTCC champion Colin Turkington.

Toyota title challenger Tom Ingram is looking to reignite his championship charge after a recent run of difficult results, and the Speedworks Motorsport driver will start tomorrow’s opening contest from fifth on the grid. Ingram will start alongside the third Subaru of James Cole, who himself is enjoying a clear upturn in form and fortunes.

Jack Sears Trophy leader Senna Proctor enjoyed the best qualifying performance of his short BTCC career so far by claiming seventh in the Power Maxed Racing Vauxhall Astra, ahead of an equally impressive performance from BTC Norlin’s Dave Newsham. The striking grey Chevrolets had been running extremely well throughout the day and Newsham even held provisional pole at one point, before eventually having to settle for a credible eighth.

Reigning champion and current standings leader Gordon Shedden took ninth in his Halfords Yuasa Racing Honda, whilst Adam Morgan bounced back from a lacklustre start to the session to claim tenth in the Ciceley Motorsport Mercedes.

Three BTCC races will take place at the Fife circuit tomorrow with all the action being screened live on ITV4 from 11:00.

Jason Plato said: “That was alright wasn’t it? Do you know what, we’ve had a pretty torturous year and it’s nice to have some tricky conditions where you just have to pull it out of the bag. I love those kind of conditions where you’re feeling your way around. Timing is always important in sessions like that and that comes with a bit of experience – putting the slicks on early so we could get them up to temperature. I was the last person to cross the line too which helps.

“We got a one-two which is important for the team and I’m in a really good position to help out Ash [Sutton]. If there’s a win to be had though, I will be driving accordingly. I will have Ash, the team and the championship in mind and I’ll be looking to help where I can.