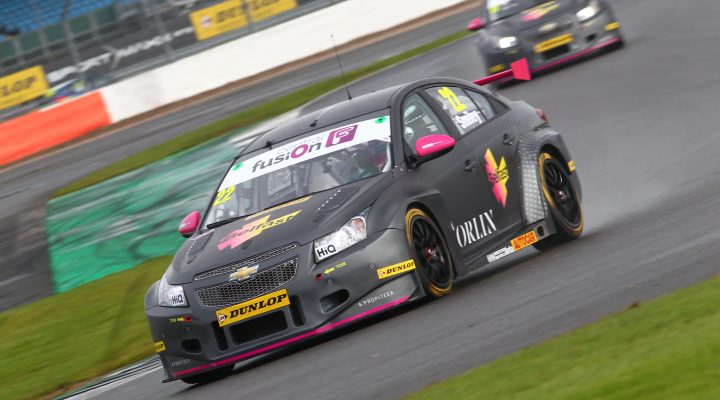 BTC Norlin Racing has announced it is to showcase Belfast City Council’s new brand identity on its race cars for the final stages of the season, after the recent launch of the authority’s new look.

The outfit, which counts Carrickfergus driver Chris Smiley in its ranks, will incorporate the vibrant imagery on both of its Chevrolet Cruze cars for the last two race weekends on this year’s calendar – Silverstone and Brands Hatch respectively.

Smiley said: “It’s an honour to have the support of Belfast City Council by having this dynamic branding on our cars and it’s great for the people of Northern Ireland – I hope we can do them proud.”

Stephen Symington, team owner, said he was “absolutely delighted” to be involved as one of the first platforms to showcase the Council’s new branding.

“The branding looks fantastic on the cars and it really highlights how vibrant, lively and energetic Belfast has become in recent years,” he said. “We can’t wait to display it on race day. The BTCC is broadcast internationally and I’m sure it will prove to be a hit with audiences locally as well as abroad, both trackside, online and live on television.

“It really fills us with pride that Norlin can help in launching the new branding and it makes us even more determined to bring motor racing to our great city.

“The infrastructure and facilities are in place to host large scale events, as is the hotel supply to meet such demand.”

Still in their debut season, Norlin is riding a wave of confidence from their last two outings, where they achieved three top-10 finishes.

However, the team knows this weekend’s race at Silverstone will be tough as they look to fight for every point in the Independent Drivers’ Championship.

Smiley will be looking to build on his recent form – he currently sits 11th in the Independents’ standings.