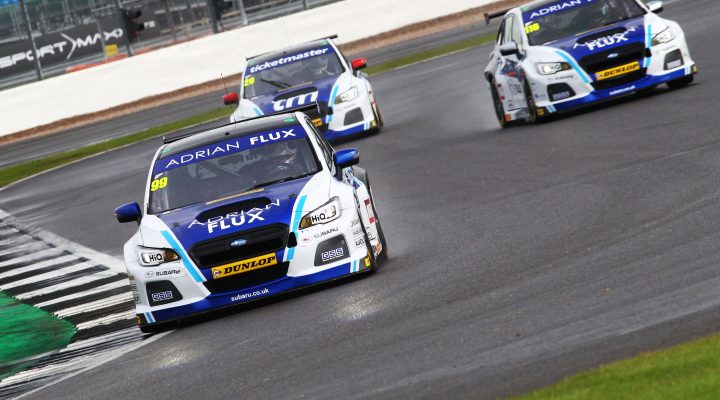 Plato, nearing a remarkable century of BTCC victories, has been in much better form during the second half of the 2017 season, and the Oxfordshire-based racer looks to be a front-runner at his local circuit.

“It’s just slippy out there,” said the BTCC’s most experienced driver. “Through the last two or three laps the track was starting to evolve. There’s a little more grip at Becketts and Copse but the track temperature’s still down. We’re going to struggle tomorrow we think. It is what it is. We make our lap time up through the bends but we will struggle during the races.

“We’re having fun though. We’ve got all of our sponsors here tomorrow and we’ll try to put on a show. Silverstone’s the home of British motorsport and it produces a great atmosphere and what will be three interesting races I’m sure.”

Sutton kept his consistent run going with another solid showing as he looks to maintain his championship lead this weekend, taking his advantage to the finale at Brands Hatch in two weeks time.

Arguably the star of the show was Team HARD-run Michael Epps, who led the way for much of the session in his Volkswagen CC. Epps – in his sophomore season – eventually had to settle for third when the chequered flag fell, but it was an impressive performance on a damp National Circuit.

Senna Proctor (Vauxhall Astra) and Brett Smith (Honda Civic) completed a rather surprising top five line-up as all 32-drivers acclimatised to the circuit and tricky conditions.

Two more familiar faces – in the shape of Rob Collard and Matt Neal – were next in the order, whilst Jack Goff confirmed a good showing for Eurotech Racing by taking eighth.

James Cole’s recent run of good results culminated in a pole position and maiden race win last time out at Rockingham, and the Southport man hauled his Subaru to ninth in the early showing here at Silverstone.