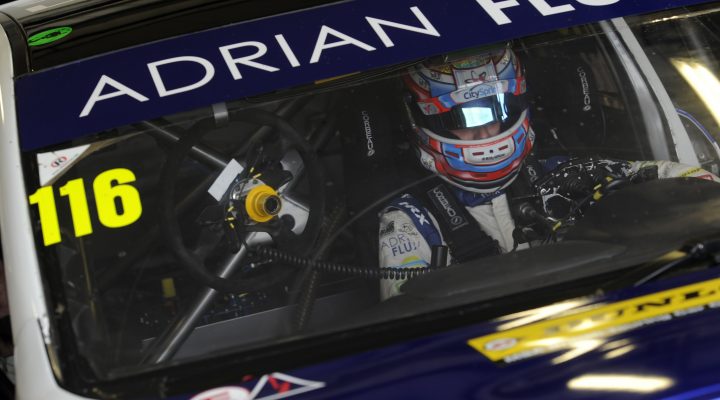 Ash Sutton is top of the pile in the Dunlop MSA British Touring Car Championship with the final chequered flag of the season in sight and just three rounds at Brands Hatch this weekend to come.

Those three rounds may be all that remain, but with 67 points still on offer, the ten-point cushion he holds over immediate rival Colin Turkington could count for little if history is anything to go by. Only last year, Gordon Shedden overcame an 11-point deficit to then-leader Sam Tordoff heading into the Brands finale weekend to seal the crown in the closing stages of the last race of 2016.

It has been some season for the Adrian Flux Subaru Racing man, competing in just his second BTCC campaign. The 23-year-old has notched an unmatched six victories – double the total of Team BMW’s Turkington. A podium-double at Donington Park signalled his early-season intent though it took until Oulton Park for Sutton to tally his first win in 2017.

“The Subaru has been transformed over the season from the start of the year,” said Sutton, in an interview with MSV. “We have managed to get a hold of it and adapt the car to all the things they have thrown at us this season. It hasn’t been plain sailing but the car and team give me the best confidence entering the last round.”

As standings leader, Sutton’s Subaru will be laden with a full complement of success ballast – 75kgs, in fact. Turkington has nine kilos less, though it is surprising how much of a difference that can make when margins are so fine. In addition, Turkington is a double champion; he’s been there before many times and come out on top on two occasions – that doesn’t worry the confident Subaru star, however.

“Carrying the ballast will hurt any car’s performance,” Sutton continued. “I feel we can manage it quite well in the racing, but when I entered Silverstone with full success ballast it made life a little harder. It’s our weakest circuit on the calendar and it was like driving round with the handbrake pulled up one click.

“Being up against a former champion doesn’t add any more pressure,” he said. “It’s just another name sticker on a different car. Yes I am still learning, but I am a fast learner.

“I have had great support from all my team mates this year and I know they are behind me heading into the last race. I believe we are there to race but it’s now crunch time, every point counts.”

Though he hasn’t the experience of securing a BTCC title as Turkington does, he has sealed top honours every one of the last three seasons – securing the Formula Ford scholarship class and Renault UK Clio Cup titles in 2014 and 2015 as well as stringing together a victorious Jack Sears Trophy run in his rookie Touring Car campaign last year.

“Whatever I set out to do, I do it in the best way possible. That’s been the exact same in any championship I have been in. I plan to set targets and then achieve them and it has been no different this year. I came into this season going for the championship, just as I did last year with the Jack Sears Trophy.”

“The Brands Hatch GP circuit is one of my two favourites. I have always gone well here and I can’t wait to get back to home turf.”