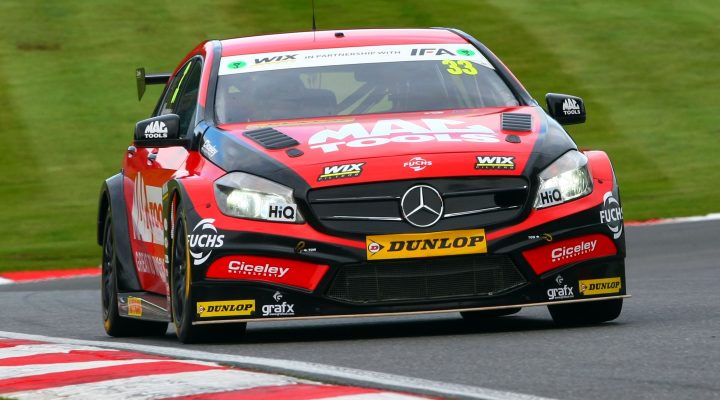 Morgan set the pace early on in his Ciceley Motorsport run machine, before Moffat hit back in his striking Laser Tools Racing model. The Mac Tools-backed Morgan would not be denied, however, as the Lancastrian set a blistering pace in the closing minutes.

Morgan started the season with a podium here on the Indy Circuit back in April, and he will now be looking go even better around the legendary Grand Prix circuit at the same venue.

Brett Smith enjoyed a fantastic run in the Eurotech Honda as the young rookie secured third ahead of MG Racing RCIB Insurance’s Aron Taylor-Smith. The MG6 racer has endured one of his toughest campaigns to date with mid-season injury and only one top ten finish to his name so far in 2017.

Tom Ingram is looking to secure a maiden Independents’ title and a top three in the overall BTCC standings, and the young Toyota star began his weekend in solid fashion with fifth place.

Ashley Sutton was the first of the main title protagonists in the order – down in ninth – ahead of Andrew Jordan’s leading BMW. The sister 125i M Sport of championship contender Colin Turkington was down in 15th, although most teams will have been trying myriad of set-up and tyre choices at this early stage of the weekend.

The second and final free practice session takes place at 12:05 before the final qualifying session of the 2017 BTCC season commences at 15:05, which will be screened live via www.itv.com/btcc.