Epps saves his best until last 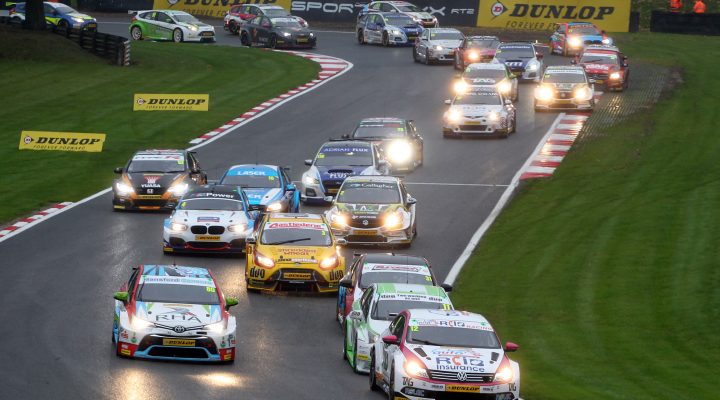 A battling drive to tenth in race two placed Epps into contention for a the reverse grid pole position, with the legendary Murray Walker doing the honours in pulling his number from the hat, placing the Hemel Hempstead racer at the head of the pack for the first time in his BTCC career.

With the heavens opening ahead of the opener, tricky conditions greeted Epps as he led the field around Paddock Hill Bend for the first time. His advantage would unfortunately be short-lived as contact to the rear sent him wide through Surtees and dropped him to second, but Epps composed himself well to maintain the position into an early safety car period and then again once the action resumed.

Epps was shuffled back to fourth a few laps later, but he would continue dicing with established front-runners throughout – keeping triple champion Gordon Shedden at arm’s length in the closing stages to take the chequered flag in a career-best fifth, bringing the season to a close with a ninth top ten finish of the campaign.

As well as being a career-best BTCC result, fifth was also be Team HARD’s best result of the season, ensuring that Epps ends the year as the team’s highest-placed driver in the overall and Independents’ standings, in seventeenth and eighth respectively.

“It’s a slightly bittersweet moment to cap off an interesting day,” said Epps. “We’ve had some good racing through the day and got ourselves into that position for race three, but ultimately we just didn’t have the pace in the car to keep it up there in podium contention which is a shame.

“It’s been an up and down day to end a rollercoaster season. We started the year with top ten finishes here at Brands Hatch and we’ve ended it the same way. We haven’t maximised the promise in the car at points this year, but we’ve ended it in the mix at the front which is good.

“Overall it was a positive way to end the season and I’m happy. It’s the team’s best finish of the season, so I’m glad I could give them that, and my career-best result which hopefully can serve as a springboard for me into a successful 2018.”