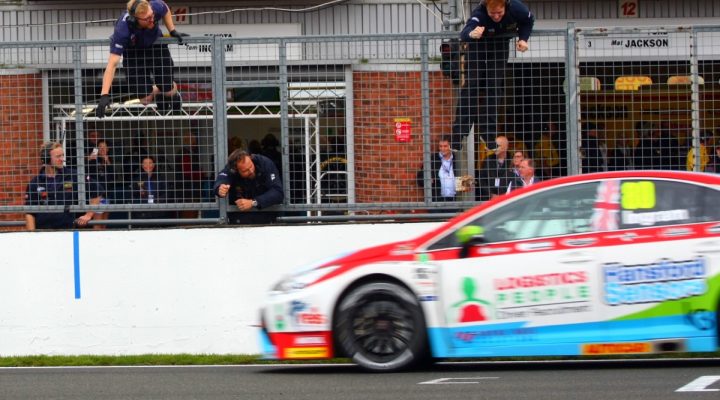 Speedworks Motorsport is fresh off the back of its most successful season to date in the Dunlop MSA British Touring Car Championship, battling hard to seal maiden trophies with the Independent Teams’ crown alongside Independent Drivers’ honours.

The dust has barely settled on this year’s action but Team Principal Christian Dick is targeting more silverware in 2018 as the plucky outfit bids to up its game a notch still in the hunt for overall titles in the seasons to come.

“We were delighted with our performance and achievements last year,” said Dick. “It was incredibly satisfying for us to be able to provide Tom [Ingram] with the tools to showcase his exceptional talent in what is by common consent the toughest championship in UK motorsport.

“We’re already looking forward to 2018 and to building further on the successes we saw this year. Overall honours are the next step for us and that’s what we’re looking to achieve in the next few seasons to come.”

The team, and driver Tom Ingram, enjoyed by far their best campaign in the series to date as they sealed third spot overall in the Drivers’ running as well as fourth in the Teams’ – complementing their Indy achievements.

Ingram’s four wins ensured he was right up there in terms of top step appearances – only bested by champion Ash Sutton’s tally of six. His flying start was stilted by a mid-season dip, though the results were there either side of that lull, indicating that Speedworks are only missing a couple of pieces of the complete puzzle.

The family-run outfit has been a fixture in the championship for the last seven years and its trophied progress is a perfect illustration of just what is possible with the right personnel – sustained competition, toe-to-toe with manufacturer-backed efforts.

“Speedworks joined the BTCC in 2011 from a background in sports-car racing, and we were immediately made to feel part of the family, which is one of the great attractions of this series – it allows independently-entered teams like ourselves to go head-to-head with major manufacturers on equal terms.

“The championship has given us the perfect platform to flourish over the past seven years, during which time Speedworks has progressed from an occasional points-scorer to a consistent podium-finisher and multiple race-winner, and in 2017, maiden Independents’ titles.”