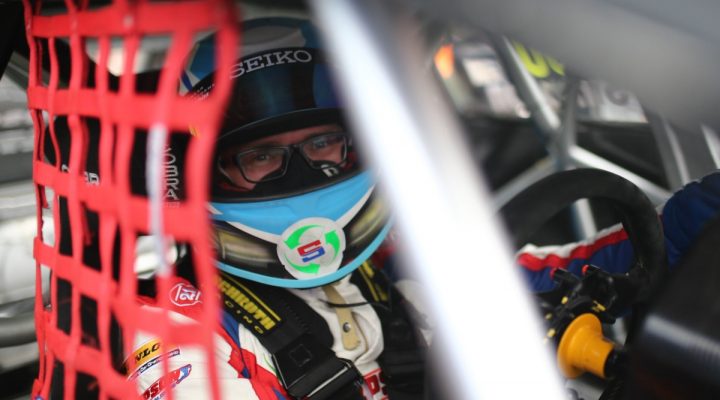 Eurotech Racing has today (11 December) confirmed that it is to run Matt Simpson in the 2018 Dunlop MSA British Touring Car Championship as it expands to a three-car strong line-up of Honda Civic Type Rs for the season ahead.

The former European Hot Road champion returns to the BTCC for a third consecutive campaign, and will once again be piloting the Simpson Racing Honda, sponsored by Simpson Exhausts and Simpson Recycling.

“I’m really pleased to be back for a third year in the BTCC and I’m excited to be running with Eurotech Racing,” said Simpson. “We have much in common and I’ve been impressed with their achievements over the past year.

“We all want to win and we’re confident that this partnership will give us our best season yet.”

Simpson has been earmarked as the perfect fit for Eurotech by Team Principal Jeff Smith, as the 2017 Independent Teams’ runners-up return to a three-car operation.

“We kept the core team and infrastructure in place to field three cars as it has always been our intention to revert when the right opportunity came along,” said Smith. “Matt currently owns a Honda Civic Type R, which works perfectly. Our mechanics already have the car back at the workshop, stripped down and currently being updated to the same specification as our existing pair of Type Rs.

“We’re looking forward to working with Matt, he’s proved a capable driver in the BTCC. Using our knowledge and experience, we will be doing everything we can to develop him – the aim being to have all three cars right at the sharp end.

“Having the drive confirmed at this relatively early stage allows us to press on with the car build and plan a full test schedule, with the intention of hitting the ground running for the 2018 season.”