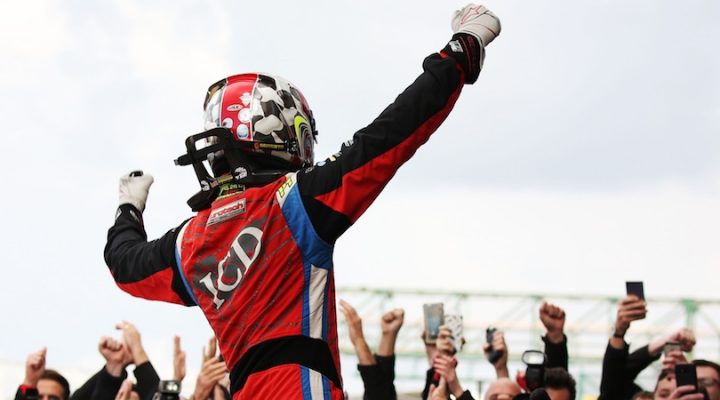 Eurotech Racing is pleased to announce the retention of Jack Goff for 2018, with the High Wycombe racer set to contest a second consecutive Dunlop MSA British Touring Car Championship campaign with the outfit.

Eurotech and Goff proved a potent, successful and popular combination throughout the 2017 BTCC season achieving the highest number of pole positions with three, along with seven podiums, four Independents’ victories and one outright win.

“I am delighted to have signed for my second year with Eurotech in the Honda Civic Type R,” said Goff.

“It will be the first time I have been with the same team in the same car for a second year running which will be a massive positive for our championship challenge in 2018.

“I get on very well with everyone at Eurotech and felt at home straight away there last year.

“We have a good testing plan in place to work on some areas where we know we can improve, so I will be heading into the year with high hopes of improving where we finished in 2017.”

“We had a really strong season last year, we work well together and that has shown from the results, Jack fits in to our team dynamic perfectly.

“To be able to confirm his seat this early on in the year enables us all to hit the ground running and press on with our 2018 plans and preparation.

“The continuity will be a massive advantage to us and Jack for our assault on the 2018 season where we will be building on our success with the aim being securing both the Independents and outright championships.”