Bartrum: ‘We want the Drivers’ title’ 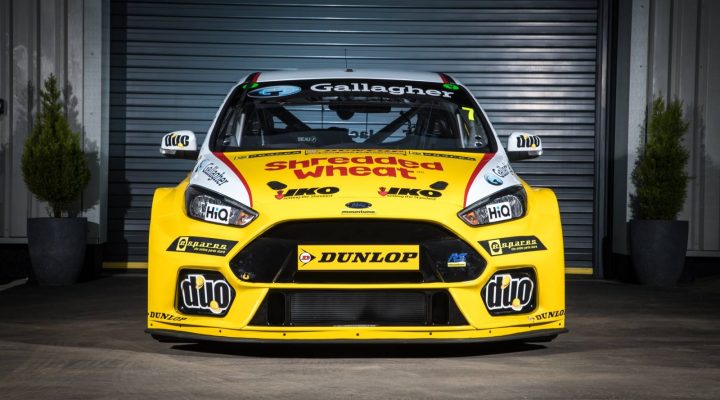 The revival of the iconic RS brand in the BTCC is a source of great pride for Bartrum, himself having raced under the moniker during his on-track days, as did the likes of Rob Gravett and Graham Goode.

“The car’s looking fantastic,” said Bartrum. “A lot of work has gone into this over the off-season – there isn’t a panel on that car that raced last year. It really is all-new.

“The RS badge is iconic for me. I grew up racing in one in Group N alongside the BTCC cars so for me to bring the brand back after more than 25 years is a privilege. It’s our homage to the brand.

A gargantuan effort has been ongoing behind the scenes at Motorbase Performance since the back end of what was by Bartrum’s own admission a below-par 2017 campaign, with a comprehensive testing programme to come to validate those efforts.

“It’s been a journey and a lot of work to convert to RS-spec but I think it’s been one that’s been very much worth it because it looks fantastic, for one. It isn’t just what you see that’s changed.

“The fundamentals of the car have also changed. We’ve got new engines, all-new packaging under the bonnet, and there’s a lot of engineering that has gone into it. It requires quite a lot of testing and that’s what we’re going to do.

“The British Touring Car Championship is a real top-level test and to have a year of underachievement, you really do feel it. My guys are fired up to go this season and everything about the team is right. Last year, that was the case too but the regulations didn’t quite suit us. We feel we’re in the right place now.

“If it goes as well as it looks, we’ll be great. We had a pretty mundane season in 2017 and it wasn’t what I wanted. It’s driven us on. Oly (Collins) my Team Manager said that sometimes you have to have a bad year to have a good one, so I’m looking forward to 2018 in that regard.

“It’s an amazingly tough championship. You just have to look at the quality in the team and driver line-ups, with young guys coming in and making their mark quickly like Ash Sutton. We need to make our own mark now – I think we’re the third oldest team there now with Team Dynamics and West Surrey Racing. We’ve got to win the thing. We’ve won the Independents’ and the Teams’ and we need to go and win the Drivers’ title.

“We went into the winter right away, having already started behind the scenes before the end of the season, knowing where we were going with the look and design of the car but we still had work to do with the engineering side of things.

“By the end of the season, once we knew where TOCA were, we got things underway. We’ll shake the car down at Brands Hatch mid-February and we’ll then package it all up and head off to Barcelona with a host of other teams before testing across the UK in the lead-up to Season Launch.”

Tom Chilton makes his way to Motorbase after a season in Power Maxed Racing’s Vauxhall Astra. He’s a driver Bartrum knows well and one he’s more than happy to have on-board alongside a familiar face at Motorbase.

“I’m really pleased to welcome Tom (Chilton). He’s someone I’ve been watching and I’ve known for a while. He’s a great character, a great driver and a great addition to the team. I’ve very excited to put him in one of our cars alongside Mat Jackson, who we’re delighted to welcome back.

“Mat has helped us get the car to where it is now and has been with us from the start of our NGTC journey so it seems fitting for him to join Tom in what should be our strongest campaign to date with the new Focus RS.

“We’ve a very good chance of pressing on for the championship.”