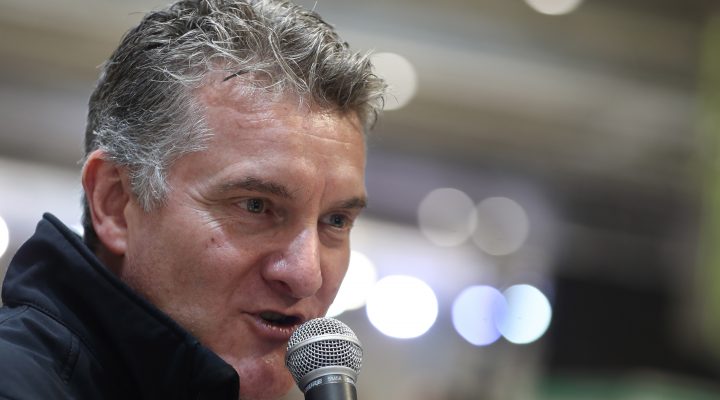 AmD Tuning with Cobra Exhausts recently announced that it is set to expand its Dunlop MSA British Touring Car Championship operation in 2018, having pared back efforts across other series to switch full-focus onto its BTCC push with two newly acquired MG6 GTs joining the Audi S3 Saloons.

The opportunity to take delivery of two proven race-winning machines was too good for team owner Shaun Hollamby to turn down.

“The big news for us this year is that we’re going to be running the pair of MG6 GTs this year alongside our Audi S3 Saloons,” said Hollamby. “The MG has arguably been one of the most successful touring cars over the last few years throughout the NGTC era so for us, it will prove a great source of information.

“Our workload will be higher this year, but we pulled back on our GT operation in the middle of last year to concentrate on touring cars, not necessarily with the intention of running four but it did mean we had the space and capacity to run four when the opportunity arose – it’s just great for us, really exciting.

“We jumped at the chance to get hold of the MGs. Every car on the grid nowadays has the potential to be a front-running car but you aren’t often given the chance to run an ex race-winning car which was run by a strong team previously.

“The way the deal has worked out means that it hasn’t stretched us financially, which is important, and means that we have the scope to make sure the cars are best prepared and tested properly prior to the season.”

The team has already announced its Audi-wielding duo, in longstanding team-member Ollie Jackson and rookie Sam Smelt. Hollamby is eager to match up that mix of youth and experience as it seeks drivers to fill its two remaining seats.

“We’re working really hard to make everything right and being a racer at heart, I don’t run racing cars just as a means of earning money in particular,” continued Hollamby. “We’re in the BTCC because it’s something we really want to do. The better the deal I can offer to potential drivers, the better the quality of driver we can look at getting in.

“It’s a fine balance to have the right budget in place to secure the right engineers, drivers and testing programme so you’ve got to have the correct infrastructure and backing in place to make it happen. Rob Tinckner, my Team Manager, takes control of the team on a day-to-day basis. He gets the plates spinning and I’m there to keep them spinning!”

“We’re looking to announce our full line-up soon and we’re talking to three really as it stands that are in prime position to drive. We’re looking for those who we think will be best able to exploit our cars. We’re not afraid to look at a rookie, either, if they meet our criteria – as our signing of Sam Smelt shows.

“Senna Proctor in the Power Maxed Racing Vauxhall Astra was a prime example last year which showed you can have a rookie in the car that can really impress if everything behind the scenes is done properly. We are looking to the same sort of balance in the MGs as we have in the Audis – with experience in Ollie Jackson and young talent in Sam Smelt.”

The MG6 GT has proven a more-than-capable platform in the BTCC throughout the NGTC era and steps have been taken at AmD to ensure they will be best-prepared for the season ahead come April.

“The MGs have been on a diet since we’ve had them,” added Hollamby. “They’ve been blasted and have had a few bits of extra prep so far. The key thing is that the cars needed just a little bit of TLC in my opinion. Josh Cook, who I know well, gave me a few pointers as to where he felt the cars could be made a little better and those made a lot of sense.”