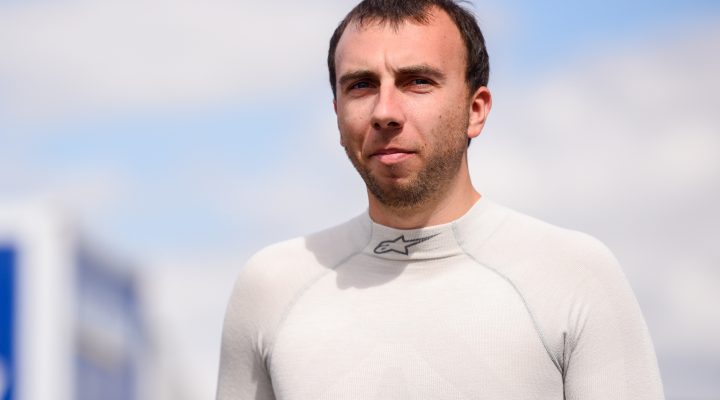 Ciceley Motorsport has today announced that it is to expand its line-up, with Tom Oliphant signing a deal to join the team for an assault on the 2018 Dunlop MSA British Touring Car Championship.

Leamington Spa-based Oliphant has been racing on the BTCC support package for the last four seasons. The 27-year-old won the Ginetta GT4 SuperCup in a record-breaking 2015 season before moving to the Porsche Carrera Cup GB, in which he scored six podium results and finished in the top four in the title race in both 2016 and 2017.

He has also competed in selected rounds of the Porsche Mobil 1 Supercup, supporting Formula One Grands Prix, and is currently the championship leader of the Porsche GT3 Cup Challenge Middle East, in which he won the 100th race in the category’s history.

“I’m delighted to announce that I will be stepping up to the Dunlop MSA British Touring Car Championship this season with Ciceley Motorsport,” said Oliphant. The BTCC is the biggest championship in the UK and it’s a fantastic opportunity for me and my partners.”

“I’m under no illusions as to the challenge facing me this season. It’s my first season in touring cars and I’ll be coming up against a hugely competitive grid filled with talented drivers, but we’re up for the challenge and I’m looking forward to getting stuck in

“I’m really happy to be working with Ciceley. They are a proven front-running squad in the championship and the Mercedes is an established race-winning car, which combined is a perfect platform for me to be competitive in the series from the off.”

“We’re currently finalising deals with sponsors moving forward and look forward to announcing our partners in March, while we’re are always looking to get new companies on-board as we enter the highest-profile series in the UK.”

Russell Morgan, Ciceley Motorsport Team Principal, added: “These are exciting times for Ciceley, with Tom Joining Adam Morgan. We have two gifted young drivers peddling our Mercedes-Benz A-Class in the BTCC this year.

“As soon as I heard that Tom was available we moved mountains in our quest to sign him. Tom is exactly the type of driver I want in my squad: professional in and out of the car and blisteringly fast.

“Tom will be eligible for both the Independent Drivers’ championship and the coveted Jack Sears Trophy. I expect him to do well in both. Although he has no front-wheel drive experience, our cars are very well balanced and we have a comprehensive pre-season test schedule arranged. I am confident that Tom will soon get to grips with the Mercedes and be on the pace straight away.”

Ciceley Motorsport is well established within the BTCC series and it enters the championship’s landmark 60th season with six wins and 21 podium finishes across the last four racing seasons with its familiar A-Class. Norman Burgess, Ciceley Motorsport Commercial Director, is equally positive about the season ahead.

“At last! We have always wanted to enhance our squad and bring a second driver into the Ciceley Motorsport team,” said Burgess. Tom is a real go-getter and has enjoyed a fantastic career. The competition between Adam Morgan and Aiden Moffat has been beneficial to the team’s growth and progress within the BTCC and now that Tom has entered the fold things are really going to hot up in 2018.

“We have had plenty of interest in a second Ciceley Motorsport car in the past, but things haven’t just been perfect for one reason or another. We just had to go all out to land Tom: he fits our team demographic perfectly and we can’t wait to start working with him.”