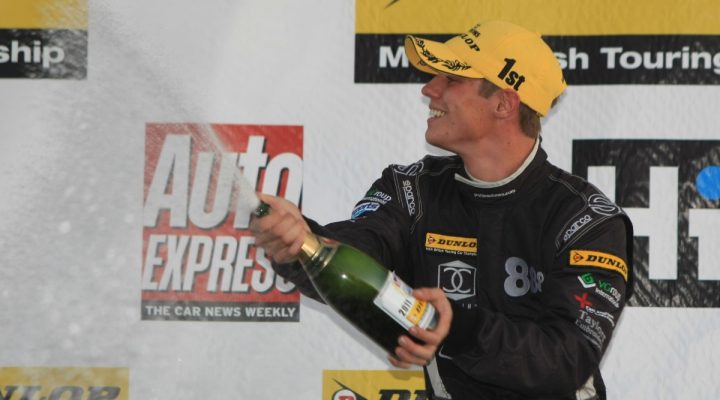 James Nash is set for a Dunlop MSA British Touring Car Championship return in 2018 as BTC Norlin Racing today announced that he would be taking up a spot in the outfit’s second Honda Civic Type R.

Team Principal Bert Taylor confirmed this morning that Nash will join Chris Smiley in Norlin’s second new Civic: “We are really excited about our prospects in the 2018 season and now have two young drivers and cars that are capable of challenging for podium places at each round,” said Taylor.

“James has the character and determination to win and we are thrilled to welcome him to BTC Norlin Racing.”

“I’m delighted to be joining BTC Norlin Racing,” added former Independents’ champ Nash. “We’ve been looking at opportunities over the winter and Norlin made an offer we just couldn’t refuse.

“The Honda Civic Type R has proved itself to be one of the cars to beat so I’m confident of being competitive from the get-go.”

Stephen Symington, BTC Norlin Racing’s owner, added: “We are delighted to have secured a driver of the James’ calibre.

“It is a real statement of the team’s intent to have signed a previous winner of the Independent Drivers’ title. With new cars and a new driver, we are in for an exciting season.”

BTC Norlin Racing has also announced that The Range will join the outfit as the first of its new sponsors for the 2018 season. Chris Dawson, the charismatic owner of The Range, said: “As a growing retailer, we continue to focus heavily on developing our new stores. It’s a great opportunity to continue our promotion of the brand name across the UK and Ireland through this partnership.”

“The BTCC experience is a very strong offering for any company seeking to showcase its brand to a wide TV, social media and trackside audience,” said Richard Irwin, Director at Norlin. “Norlin’s brand benefitted immensely last season from the exposure and we look forward to welcoming The Range and all their guests to BTC Norlin Racing this year.”