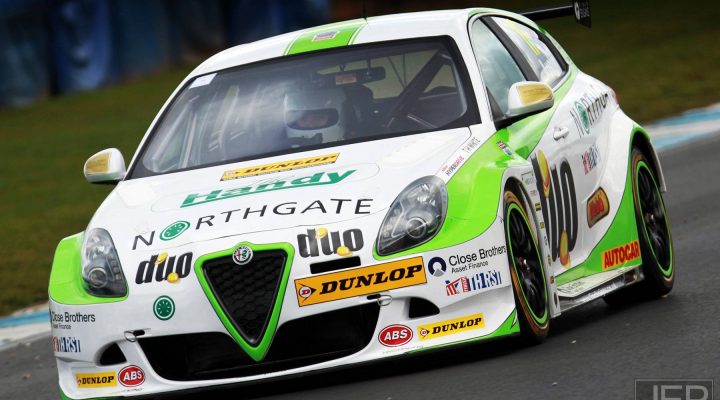 The Swindon-based squad has swapped the Toyota Avensis for Alfa machinery ahead of this year’s Dunlop MSA British Touring Car Championship, and yesterday marked a huge milestone for the outfit.

“We have been working towards this day for some time,” said Team Principal Simon Belcher. “This project has been years in the making and the build of the car has been a lengthy process too. There was a chance to make it happen in 2017, but I always said that you can’t start building a car at Christmas and expect to be competitive come the start of the season.

“It was paramount that we started the build in July and we were able to announce the programme at Rockingham last August. To be on track six weeks before the new season is a great achievement, but we obviously still have a lot of work to do.”

A damp morning and parts problem meant installation laps were the order of the early running, but dry afternoon conditions led to Austin clocking significant mileage in the striking Northgate-backed beauty.

“It went really well,” enthused Austin. “I am really proud of everyone involved; it has been a great day.

“We believe we’ve built an awesome car, but you’re never quite sure until you hit the track. We still have so much to do of course, but we are hugely excited and even more optimistic than we were before.”