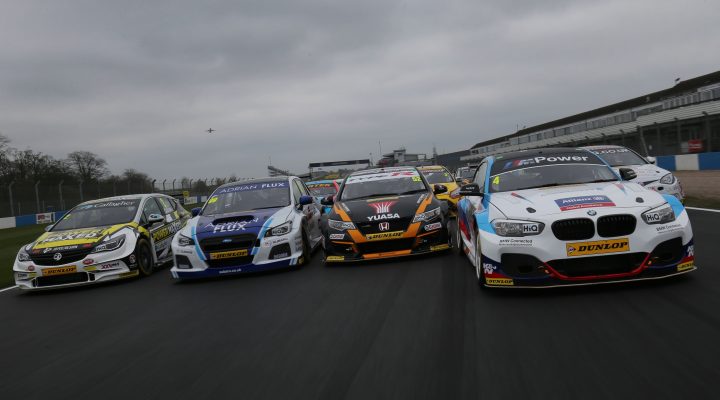 The 60th Anniversary Dunlop MSA British Touring Car Championship is almost upon us and testing, which has been in full-swing for some months now throughout busy winter programmes up and down the pit-lane, is now coming to a head with all cars due on track together for the first time at Season Launch, Donington Park on Tuesday 27 March.

Preparations have been taking place at home and abroad, with teams taking to Spain and Portugal as well as touring circuits around the UK. Season Launch will be the first of two official pre-season tests, with another to follow on 29 March at Brands Hatch.

Tuesday morning at Donington Park will see teams and drivers fulfil a barrage of media duties, with driver line-ups to be introduced, new sponsors and partners to be publicly unveiled, as well as ‘covers-off’ for 2018’s cars in their fresh new liveries – the media will be watching on, there to cover it all.

Prior to the afternoon test session, gates will open to the public at 1230 in the afternoon on Tuesday 27 March with admission free-of-charge. The circuit is running a hospitality taster for the upcoming season, priced at £40 per head. Fans are kindly asked not to queue before 1200 to avoid congestion during a busy morning of media activities.

The paddock will be open to all, as is the case at every BTCC race weekend, giving supporters the chance to meet their heroes and get up-close and personal with this year’s batch of cars. From 1300, cars are set to take to the track for a full afternoon of testing which will come to a close at 1700.

Testing on 29 March at Brands Hatch is also set to be free to enter for the public.

For more information head to doningtonpark.msv.com.