Motul links up with PMR 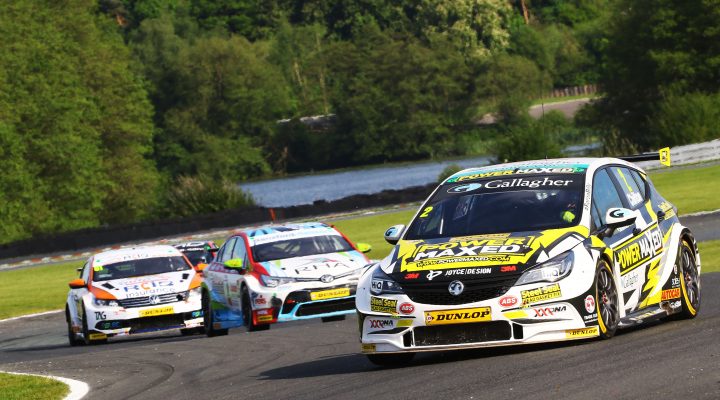 The world-class French company specialise in the formulation, production and distribution of the highest-tech engine lubricants for cars, motorcycles and commercial vehicles, as well as lubricants for industry via its MotulTech activity.

For more than 160 years, Motul have been renowned worldwide for the quality of its products, capacity for innovation and involvement at the forefront of motorsport competition, alongside being recognised as the specialist in synthetic lubricants. As early as 1971, Motul was the first lubricant manufacturer to pioneer the formulation of a 100% synthetic lubricant for automotive engines, the 300V lubricant, utilising technology drawn from the aeronautical industry.

Throughout the years, Motul has gained invaluable experience as partner to leading racing teams and manufacturers, and for 2018 will be working closely with PMR in their British Touring Car Championship (BTCC) campaign.

Whilst the instantly recognisable Motul logo has long been synonymous with high-level motorsport and will be displayed prominently by PMR throughout the entirety of the 2018 season, the sponsorship is also reflective of Motul’s ambition to penetrate the automotive aftermarket in the UK. Accordingly, the BTCC programme will act as a marketing platform upon which PMR’s sister company, Automotive Brands, will distribute Motul’s range of high quality products into its extensive network of automotive factors and the automotive aftermarket sector.

Team Principal Adam Weaver said: “We have worked hard throughout the off-season to develop the right deal with Motul and are immensely proud to be wearing their red and white logos on the cars. Motul has long been seen as the ultimate oil brand within motorsport and knowing the powerplants of our Vauxhall Astras will be running on the best performing fluids on the market is a great feeling. With Automotive Brands now distributing Motul, we are also proud to showcase another great example of how to use the high profile and prestige of BTCC sponsorship for tangible business benefit.”

Gunter Steven, Head of BU Sales Export, Motul said: “Motul is a recognised leader in high performance lubricants and has a passion for racing across the globe in many different forms, with the British Touring Car Championship being the UK’s leading motorsport series.

“For us to extend our sponsorship within the BTCC was a natural step in growing our brand awareness in the UK, and Power Maxed Racing is a team that shares our desire for technical excellence in everything that they do. To create a partnership between us was a great fit!

“The opportunity to work with Automotive Brands to expand our presence in the UK aftermarket sector was an equally exciting opportunity for us both. We are delighted to work together for the coming season and look forward to some excitement along the way!”

Weaver added: “We are so excited about the opportunities that come with being associated with the Motul brand, now both on and off the track. The brand sits so well with us, and our stockists won’t hesitate to be part of the programme; it’s one of heritage and great integrity, that inspires trust from the end user, and that’s something that sits perfectly with our idealogies.”