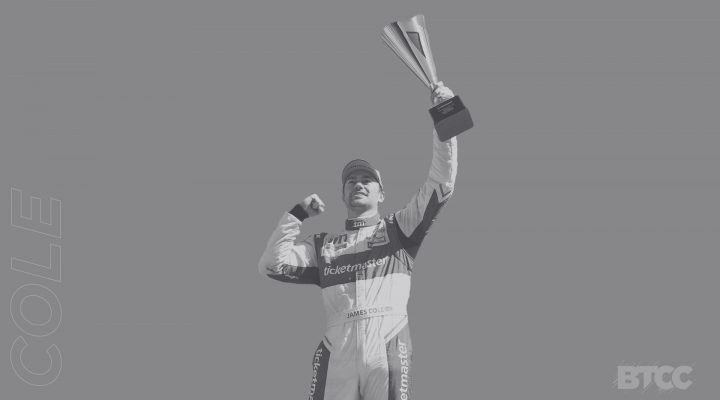 James Cole is next up in our look back at 2017’s record 13 different Dunlop MSA British Touring Car Championship race winners, having secured his maiden BTCC victory at Rockingham in the Adrian Flux Subaru Racing Levorg to make him the 11th winner of the year.

Cole also took a maiden pole position a day prior, and he held his advantage having blasted away from pole position, fending off the advances of fellow front-row starter Jack Goff.

The 29-year-old was able to gradually pull away from the pack, keeping Goff’s Honda at arms length until the Type R eventually fell back into the clutches of Cole’s team-mate Ashley Sutton, who made a move for second spot stick on the final tour to make it an Adrian Flux Subaru Racing one-two.

“I don’t want to say I’m speechless again, but I am,” said Cole after the race. “It couldn’t have gone any more perfectly. I knew the front-wheel drives would be quick at the start. It was about getting away well and holding them off until they started to struggle. I knew the temperatures would suit us towards the end of the race, but at the start Jack (Goff) just wouldn’t go away.

“You could feel the tyres – it’s super abrasive here and we’re not as quick at the beginning here, but we can manage it better towards the end. If it’s a win, Ash (Sutton) can bugger off, but anything else, then fair enough. Race two with max ballast and hard tyres will be tough, it’s getting warmer though so you never know.”