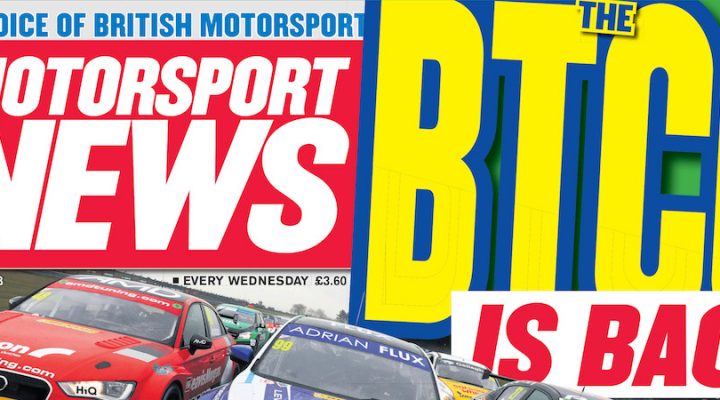 Below is an excerpt from the interview with ITV’s Tim Harvey, Paul O’Neill and David Addison, but be sure to pick up a copy of this week’s MN for the full article:

The British Touring Car Championship never fails to deliver excitement and interest up and down the grid. From the battles at the front to the shifting landscape of the series itself, there is always plenty to chew over.

Who better to answer the burning questions than the experts from ITV4, the series broadcasters, who scrutinise every practice, qualifying and race in detail.

We sat down with ITV’s racers-turned-TV personalities Tim Harvey and Paul O’Neill, along with lead commentator David Addison, to answer some of the hot topics going into the new BTCC campaign, which kicks off at Brands Hatch this weekend.

MN: Who is going to be champion?

Tim Harvey: “Colin Turkington. Because consistently he is always challenging for the title, and he has all the goods at his disposal. BMW should be slightly quicker this year in a straight line. He has everything he needs to win the championship.”

David Addison: “Turkington. He is a top-class driver in a top-class team. Nothing is left to chance at WSR. They had occasional electrical dramas last year but it is very rare that it has a mechanical fault. Turkington knows how to wrap up points, he knows how to win championships and he rarely makes mistakes. WSR is also competitive at every venue and not every team is.”

MN: Who do you think is going to be the surprise of the season?

TH: “The obvious candidate for the Jack Sears Trophy is Dan Cammish. He is in a fantastic car and with a fantastic team.”

DA: “I hate this phrase, but the one that will fly under the radar is James Nash because he is better than people give him credit for. He has proved how good he is in TCR and with the BTC Norlin team having proper Honda Civics at its disposal they will have a good year.”

The boys go on to discuss Dan Cammish’s chances, the competitiveness of the championship, the series’ young guns and which drivers they would pick in their BTCC dream team!