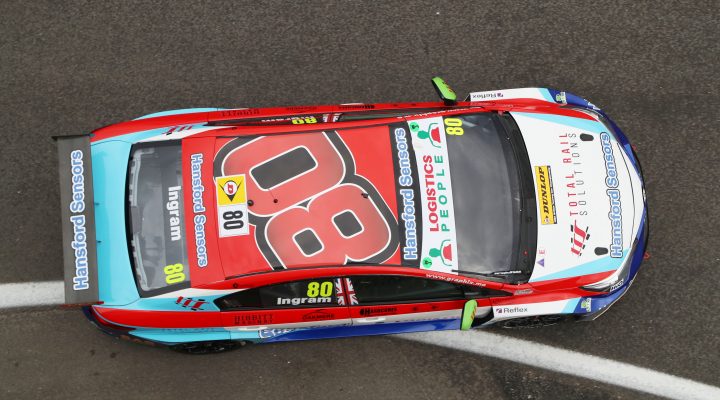 The Toyota hotshot won the opening rounds of the previous two seasons around the 1.2-mile circuit and it’s clear both Ingram and the Avensis are well suited to the Kent circuit.

“It always just seems to go really well for us here,” said Ingram. “We’ve been right on it for three or four years in a row now. We weren’t really looking for qualifying performance. We just wanted to see where the car was at.

“It feels really good and we know we’ve got more to come yet. People don’t realise being down the sharp end of the pit-lane gets you an extra lap in qualifying – it makes a big difference.”

It was little surprise to see the WIX Racing with Eurotech Honda of Jack Goff following behind in second, as he has also shown good form here in previous years. Goff has enjoyed an extremely solid pre-season too, and he is now considered by many to be a genuine title contender in the BTCC.

Tom Chilton and Matt Simpson starred in third and fourth respectively, as the Motorbase-run Ford and Simpson Racing Honda also showed their calibre around the tight and twisty track.

Rory Butcher’s MG was one of the pace-setters early on but the AmD man eventually had to settle for seventh, ahead of Josh Cook in the Power Maxed TAG Racing Vauxhall.

Surprisingly the first BMW home was Colin Turkington down in ninth, with Ciceley Motorsport’s Adam Morgan rounding out the top ten.