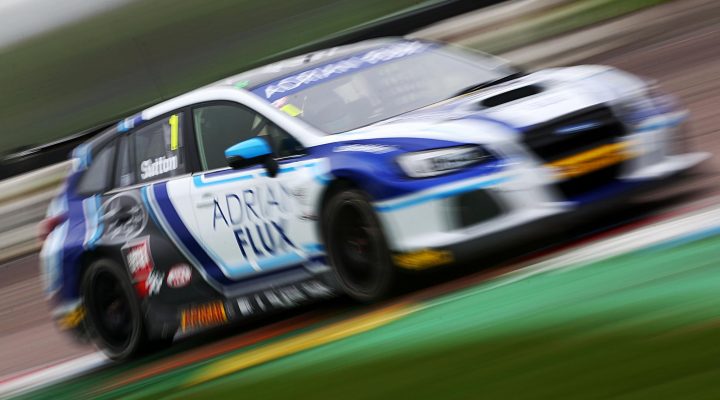 “That was unexpected, I’ll be honest,” said Sutton. “It’s been a fast day in general and everyone’s been quick. We’ve come here looking for track time and I think we’ve found a few key things. It’s been a general test, not just a Thruxton test.

“We hadn’t done mileage prior to Season Launch at Donington Park, then Brands Hatch later that week but that was rained off. We’ve come to make up time on the others and we’ve achieved some key things and we hope some of those will carry over to Donington.”

Jack Goff, Sam Tordoff, Josh Cook and Dan Cammish rounded out the top seven – with each setting times beneath Matt Neal’s qualifying lap record around the Hampshire circuit. Though as is always the case with testing, it’s more about the time out on circuit than outright pace as teams and drivers work through their programmes in what is a learning process early on in the season.

More than 1,100 laps were completed across the day, with a focus on Dunlop’s Thruxton-specific rubber as well as chassis and setup development for the forthcoming campaign.