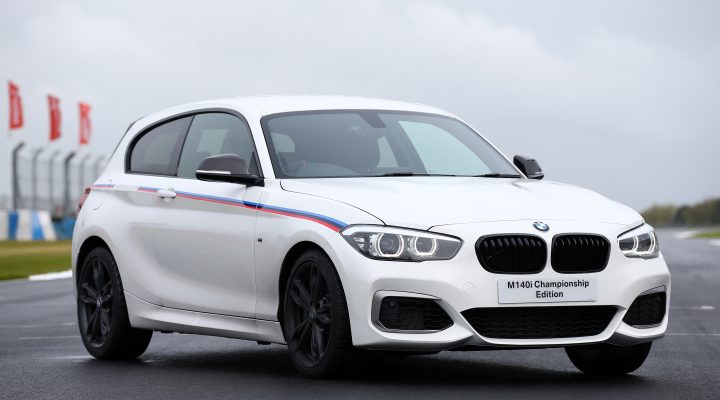 German marque BMW brought its latest Championship Edition of its M140i M Sport road car to the Leicestershire circuit, which was recently launched to commemorate its participation and achievements in Britain’s biggest motorsport series.

BMW UK confirmed that the Championship Edition will be built in just 30 units as per the 30 rounds of racing in the series and comes with a twin-turbocharged 3.0-litre straight six engine that sends 335bhp and 369lb ft of torque to the rear wheels.

But yesterday was all about the BTCC as Donington Park’s local media got a taste of what all 32-drivers will get this weekend when the full grid roars into town.

“What a great bit of kit,” beamed Collard. “It’s always nice and fun giving the media a bit of an insight into what we experience every race weekend. The BMW M140i Sport road car is a great car and now I can’t wait to get into my Team BMW machine – bring on the weekend!”

BTCC partners Dunlop were there to soak up the action and atmosphere, whetting the appetite for the event ahead!