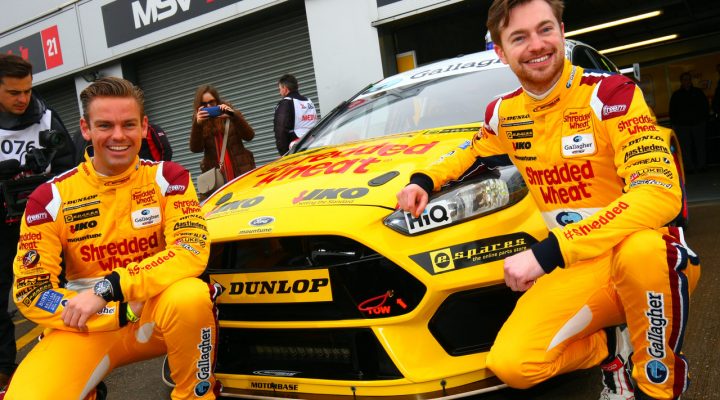 This is your chance to win a behind-the-scenes money-can’t-buy day out with Team Shredded Wheat Racing with Gallagher at Thruxton this coming Saturday 19th May, plus tickets for the all-important race day on Sunday 20th May.

The winner will spend Saturday with the multiple race-winning team and its impressive driver line-up, including lunch and an exclusive garage tour.

You will receive a Shredded Wheat goodie bag, including signed team kit. You will also race against Tom Chilton and James Cole on a Project Cars simulator on the Shredded Wheat truck on Saturday afternoon, which will be filmed by ITV with Paul O’Neill commentating!

Finally, you will receive 2x complimentary race day tickets with Paddock Access to enjoy all the action unfold for Rounds 7, 8 and 9 of the 2018 Dunlop MSA British Touring Car Championship.

The competition closes at 8pm on Wednesday 16 May. For full terms and conditions see below.

1x Like and follow of Motorbase on Facebook = 1 entry or 1x RT and follow of Motorbase on Twitter = 1 entry. 1 entry per person. Winners picked at random. The competition will close 8pm on 16 May. The winners will be announced on Facebook and Twitter the following morning. The winners will have 24 hours from the announcement to come forward. If this does not happen another winner will be selected. The winners must be available over the Thruxton race weekend, transport to and from the circuit is not included. The prize is non-transferrable.