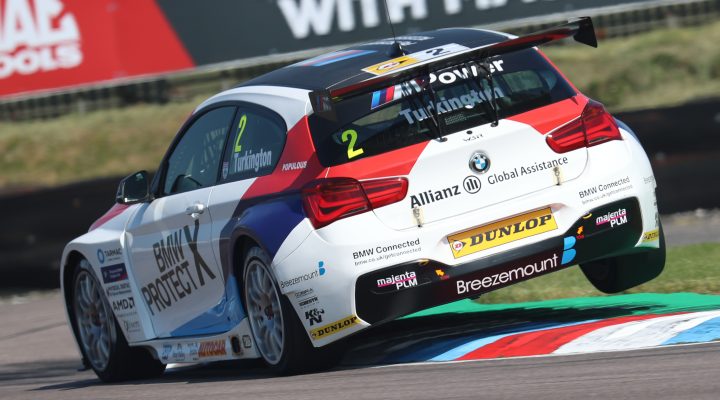 The double BTCC champion has endured a challenging start to his 2018 campaign – a second place finish at Brands Hatch being his best result so far – but the signs are good for a return to form in Hampshire. In truth, it has been misfortune rather than pace that has hampered his efforts in the opening two events, but both he and his WSR team hope that any technical issues are now behind them.

Turkington set his benchmark lap time midway through the session and he was immediately followed by the impressive Vauxhall duo of Josh Cook and Senna Proctor. The Power Maxed TAG Racing pairing have taken a maiden win apiece from the events at Brands Hatch and Donington Park and there’s every sign that the Vauxhall Astra squad could be a championship threat this season.

Team Shredded Wheat Racing with Gallagher took fourth with Tom Chilton, whilst the works-backed Honda of Dan Cammish was fifth. Cammish has shown good pace during the early stages of his BTCC career and it’s a vital weekend for Halfords Yuasa Racing as the manufacturer team needs to start turning speed into consistent points finishes.

Jack Goff continued his high-rise form with a steady sixth ahead of reigning champion Ash Sutton. The Adrian Flux Subaru Racing star set the pace during pre-season testing here at Thruxton – some half a second quicker than Turkington’s time today – suggesting there may be more pace to come as this weekend develops.

Andrew Jordan was eighth with Mike Bushell ninth in the Team HARD Volkswagen. Bushell ran extremely well during testing here and the VW CC has always been a potent force around the fastest circuit in the country.

Team BMW’s Rob Collard was tenth, ensuring that all three WSR BMW 125i M Sports were in the top ten.

Free Practice 2 starts at 1230 before the qualifying session commences at 1525, where all the action will be streamed live via www.itv.com/btcc.