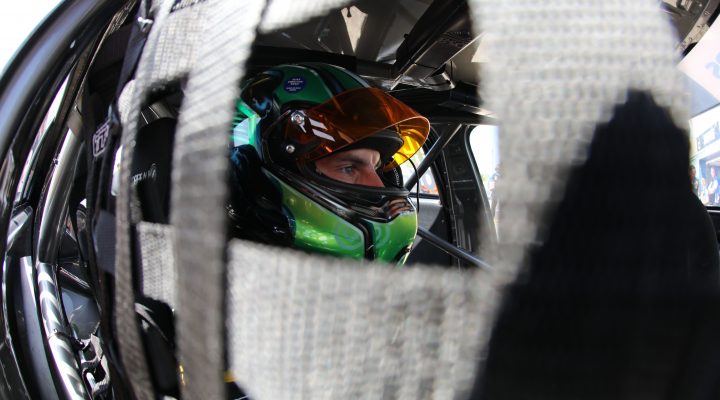 Ciceley Motorsport’s Tom Oliphant heads to home soil for Rounds 10, 11 and 12 of the Dunlop MSA British Touring Car Championship at Oulton Park next weekend (9-10 June) with the aim of pushing on as he gathers more top-tier tin-top experience.

Oliphant joined the BTCC for 2018 after four years on the support package – two in Ginetta GT4 Supercup, where he became the 2015 champion, followed by two in Porsche Carrera Cup GB.

The Cheshire racer challenged for points on debut at Brands Hatch Indy earlier this year, before breakthrough top ten qualifying and race results back at Donington Park.

Oliphant was once again in the mix for points at Thruxton but found himself 17th and 19th with a non-finish. He sees it all as a learning process, though, and is buoyed by the quality of the machinery beneath him.

“I’m loving the BTCC,” he said. “The racing is close, fast and exciting, and I’m out there battling wheel-to-wheel with some of the best touring car drivers in the world. I couldn’t be enjoying it more.

“I knew it was going to be a huge challenge but I feel like I’ve adapted well to the series considering it’s the first time I’ve competed in front-wheel drive machinery and the style of racing is completely different to what I was used to.

“I’m pleased with my progress so far, especially breaking into the top ten in only my second meeting.

“I certainly believe there’s much more to come as I gain more experience with the car and the championship.

“As my team-mates are proving, the Mercedes is a fantastic package and I’m confident that as we progress through the season, my time to get up on the podium will come.”

Raised in Tarporley, just down the road from Oulton Park, Oliphant used to marshal at the circuit and work there on experience days. Next weekend, he’ll be racing in support of the George Heath Foundation which supports local causes.

“It’s always brilliant to go back to my home circuit, and for me, the Oulton Park weekend is one of the best BTCC events of the year,” Oliphant continued.

“The crowds are always huge and really passionate. Driving round, you can barely see the green grass as the banks are packed and that’s a great feeling for a driver.

“I’m confident that I can build on everything I’ve learned so far this season and make Oulton Park a successful weekend for me and the Ciceley Motorsport team.”