Moonlighting! Brought up on ovals 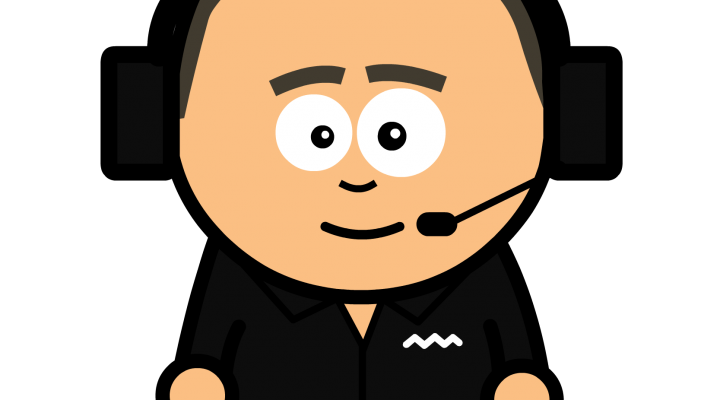 Having sealed a first pole position on the Saturday, many experts on discussing the chances of the number 303 Honda Civic Type R were pointing to the intense pressure that would be on his shoulders in leading from the front.

In the end, there was no doubt. Simpson led from start to finish. After all, Oulton Park is a narrow and so, if you get ahead and don’t make a mistake, a win should be there. In oval racing, where Simpson cut his teeth, you need to be good at defending and standing your ground, thus making it nigh on impossible for anyone to get past, especially in a non-contact Hot Rod formula – let’s not forget, the Simpson Racing man is a European Hot Rod champion.

Matt is one of a long line of oval racing converts to circuit racing, both drivers and team personnel, and if you have never seen it, oval racing is a branch of the sport that one needs to witness first-hand. It is motor racing in the raw and it is no wonder that the drivers who make the transition successfully are so good.

Take former works Vauxhall BTCC driver Derek Warwick, who, on his way to Formula 1 stardom, was the Superstox World Champion. Or former BMW and Toyota BTCC racer, now Sam Tordoff’s manager, Tim Sugden who bought himself a BriSCA Formula 2 stock car. “It’s the hardest racing I’ve ever done,” he told me. “You’re busy concentrating on your own race when someone whacks you up the rear!”

Back in the 1970s, Hot Rod racing – now National Hot Rod racing – had its so-called Big Three. The stars of the show were Barry Lee, Mick Collard, and George Polley. If those names sound familiar, you are spot on. In the days when ITV’s World of Sport Saturday afternoon show would televise key races, the three drivers, all of different characters, won fans aplenty.

George, the underfunded underdog, has a BTCC link thanks to racer son Ryan working for WIX Racing with Eurotech, where his daughter Jo is Jeff Smith’s partner. Mick Collard, or ‘Duffy’ as he was known thanks to a lifetime of duff passes as a rugby player, passed away but a couple of years ago, but the arch-enthusiast was a proud witness to son Rob’s BTCC successes, while Lee actually raced in the championship.

Oh yes, he did. Back in 1984, Lee was one of the Class C brigade in a Ford Escort RS1600i. In those days, the RACMSA as organisers didn’t like three-digit competition numbers so he had to give up his famous 351 number from his Hot Rod to run his Total-backed Escort as number 84. Short of funds, the project bombed and Lee went off to truck racing and back to the ovals. Mind you, a Corgi model of the Escort was made that year.

More recently, Aiden Moffat has transitioned from ovals – from the Junior Banger racing ranks no less. A sneak into the programme cupboard at Addison HQ shows a Cowdenbeath entry list from 1999 when Matt James and I headed down the road from Knockhill and watched one Bob Moffat, Aiden’s dad, do battle in the Banger Racing World Cup that night. Aiden reckons his wet weather prowess is down to car control on grotty surfaces, and Rob Collard puts his rocket-ship starts down to oval racing where often there is now warm up lap, it was then just a straight dive into battle with quick reflexes and cold tyres.

Rob Austin drove in the National Hot Rod National Championship weekend, qualifying for the title race, BTC Norlin boss Bert Taylor guided Ian McKellar to National Hot Rod World Final glory and his son Ben has raced a Hot Rod. Speedworks Motorsport boss Christian Dick cut his teeth in Ministox on the ovals as well – the list goes on. Even Andrew Jordan’s dad, Mike, had a go in a Stock Rod in the early ‘90s. He won, of course.

Plenty of people sneer at oval racing, but if you come from a non-contact class where the cars are quick and the margin for error is minimal or a contact class where you have to deal with aggro from all sides, the chances are that you will become a very good circuit racer and one well-suited to the hurly-burly of the BTCC.

Matt Simpson’s dad Jeff was a multiple champion in his time, so little wonder Matt shone on ovals as well. Now, heading to Croft, we get our first chance to talk about Matt as a BTCC race winner, forced as he was to sit out races two and three at Oulton Park. With his confidence up and a win and a pole to his name, let’s see what he can do this weekend.

See you at Croft. Oval and out.