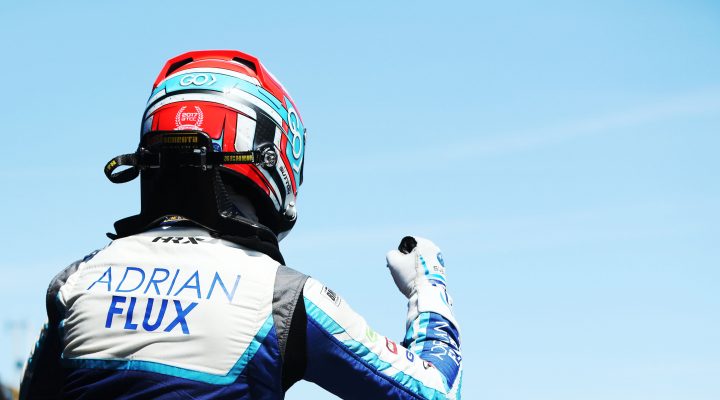 Ash Sutton and Jason Plato celebrated their first visits to the podium of 2018, at Croft in North Yorkshire this past weekend in what has been a tough Dunlop MSA British Touring Car Championship campaign for BMR Racing to date.

Sutton won the opener, with Plato following close behind to seal a Subaru one-two. The former then followed up with a second win of the day, making him the first driver this year to notch a win-double on a race-day.

Sutton lost his lead in the opening blows to Tom Ingram’s Speedworks Toyota in race two but kept his nerve to re-take the initiative and first place – a second win on the day signalling the start of his title defence proper.

Plato was penalised with a drive-through penalty for a jump start which resulted in him dropping back down the order to 28th position.  The double BTCC champion fought his way through the field with an outstanding drive thereafter – making his way all the way back up into the points-scoring positions and 14th.

Price’s Subaru, meanwhile, suffered temperature issues in what were the hottest ambient temperatures experienced this season. His battle in traffic was the cause of the issue, resulting in his retirement from the race.

Sutton rounded out race three in sixth with Plato and Price, both on the Option-Hard tyre, finishing 19th and 24th respectively.

Sutton, though, was given a one second time penalty post-race following an incident with Andrew Jordan which saw him fall to seventh spot. It was enough, still, to see him seventh in the Drivers’ standings heading into the summer break.

“It’s very positive having myself and Jason at the sharp end of the grid with strong pace,” said Sutton. “But part of that was due to the fact that we were at a rear-wheel drive circuit which made our lives much easier for qualifying and race one with zero ballast.

“I think we picked up one of the strongest points hauls in the past 18 months of my journey with Subaru, which just brings that little bit of hope for defending my title but that is still a long shot.”

“I’m very proud of everyone in the team for getting us back on track in the championship this weekend but I’m conscious that improvements still need to be made,” added Warren Scott, Team Principal. “This is a rear-wheel drive circuit and Snetterton is going to be a whole new challenge.”

“After a difficult period of disappointing results, it all came good for us at Croft,” said Paul Tunnicliffe, Automotive Development Director, Subaru UK. “A little bad luck cost us dear, especially in race three, when Ash looked good for another podium, but we move to Snetterton in good heart. There’s plenty more left in this championship, and we intend being there at the finish.”