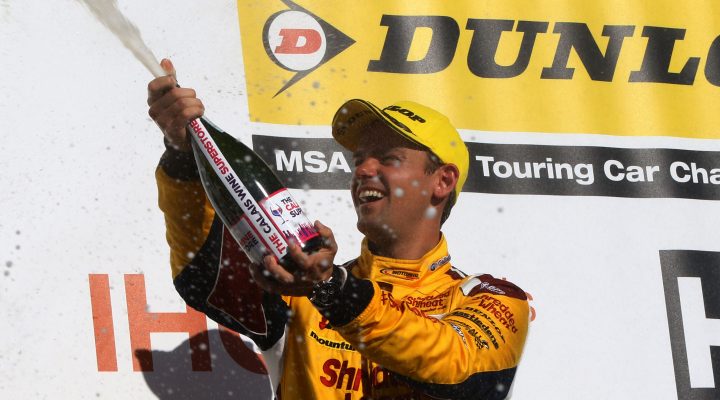 Team Shredded Wheat Racing with Gallagher celebrated its third podium of the season over Rounds 13, 14 and 15 of the Dunlop MSA British Touring Car Championship at Croft, with Tom Chilton taking a second placed finish in the finale.

Running on the Option-Hard tyre for race one, Chilton got off to a solid start with 21kg of success ballest on-board and was rewarded with a points finish of 15th at the line.  James Cole ended the opening race in a sound 12th, picking up another bounty of points for the team’s championship challenge.

Race two was a tale of two halves for the Team Shredded Wheat Racing with Gallagher duo. Opening lap contact effectively ended Cole’s race with the #20 Focus RS tipped into a spin at Tower bend. The Liverpudlian did well to recover and avoid the charging traffic, but was forced to re-join the race at the back – eventually crossing the line in 23rd.

A quick start from Chilton saw the #3 car shift up into seventh after just four tours of the circuit. Setting his sights on moving further up the field, the 33-year-old took on Matt Neal’s fast charging Honda to take sixth at the flag – having made up an impressive nine places over the 15 lap contest. Starting from forth by virtue of the reversed grid draw for the final race of the day, another quick start saw Chilton go up into second on the first corner thanks to a move around the outside of Senna Proctor and Neal. After closing down race leader Dan Lloyd in the opening laps, Chilton held off a late challenge from Proctor to claim second at the flag and collect his third podium from the last two race meetings.

“What a turnaround!” he said. “To start from 17th on Saturday to end second on Sunday is a great result. It was a massive turnaround from qualifying. We went away on Saturday night, had a rethink and changed the set-up. We knew we had to pull it back and we nailed it.

“We got a great start in the last race. We thought the medium tyre was the tyre to be on this weekend and that showed in the last race especially. I was lucky to hold onto second at the end of race three to get that podium.  I’m really, really happy for everyone in the team that we managed to claw back all the points that we could.

“We’re now fifth in the championship heading into the break. It’s a very nice place to be and we can focus on improving the car for the last five rounds. You sometimes need that bit of luck in the BTCC and I’m hoping that this is a sign of what’s to come in the second half of the season.”

James Cole salvaged the best finish possible from the final race of the weekend, eventually bringing the #20 Focus RS home in 20th.

“We had a competitive car in qualifying and race one and started the weekend just as we wanted,” said Cole. “Contact cost us on the opening lap of race two, and as we all know that ruins your weekend. A top 10 and potential reverse grid was absolutely on the cards and that would have been a completely different story. It’s very frustrating that we weren’t able to convert that into results.

“I’ve had better weekends but I’ve also had worse. We’ve reached the half-way point of the season now and looking back we haven’t had luck on our side for a good few of the rounds, but the rounds that we have, we’ve capitalised on them. Hopefully we can make up for those lost opportunities in the second half, because the car absolutely has the potential.”

The weekend’s race results see Chilton leap to fifth in the Drivers’ Championship standings, with Cole at the midway point of the table in 15th. Both drivers have also secured their spots in the Independent standings with Chilton in second and Cole ninth.

Team Shredded Wheat Racing with Gallagher now lie forth in the overall Teams’ Championship and second in the Independent Standings – just six points behind the current leaders as the season enters its mid-season summer break before reconvening at Snetterton for the 60th anniversary celebratory weekend on 28/29 July.

“Croft has always been dominated by the real-wheel drive cars so you come with the plan to minimise the amount of points that they can take away from the weekend,” says Team Principle David Bartrum. “You don’t want to lose too much ground to the RWD teams. I had expected the BMWs to be an all-out force and the Subarus managed a complete turnaround.

“The team have done a really good job this weekend. Tom turned around a poor start to get two great results and a podium. James has had a tough time again, through no fault of his own but I’m really pleased with the team and everyone’s efforts. We now go into break with a plan for testing, a little bit of a sort out and then we go to five circuits that we have a good history at and in a much stronger championship position.”