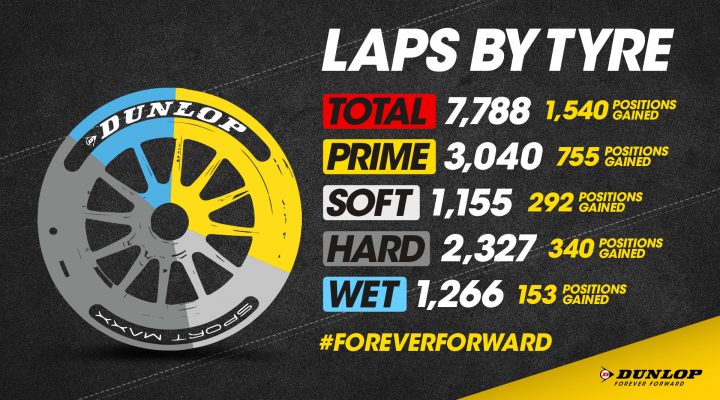 The Dunlop MSA British Touring Car Championship roars back into competitive action at Snetterton this weekend (28-29 July) and celebrates its 60th anniversary with a special Diamond Double, 60-mile race. After five weekends and 15 races, here’s a look at 2018’s tyre statistics:

Dunlop #ForeverForward
Dunlop’s popular overtaking league, rewarding drivers for their fightbacks through the field from grid to finish position is growing in stature. The 15 races have produced stirring performances throughout the field, which have netted some incredible results: