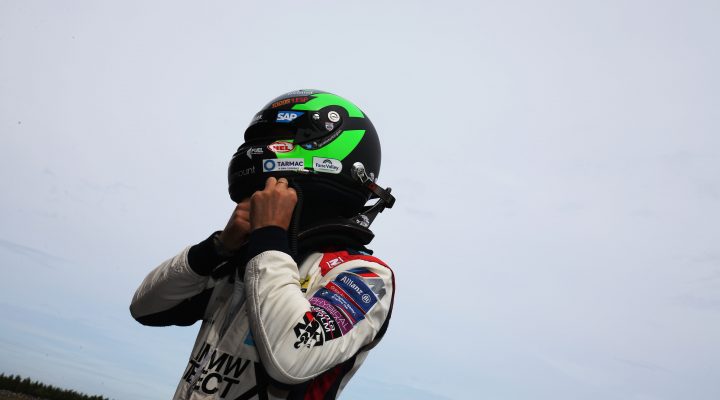 The Dunlop MSA British Touring Car Championship returns to action this weekend with the ‘Diamond Double’ at Norfolk’s Snetterton Circuit, five weeks after the curtain dropped on the first half of the 2018 season at Croft, where Team BMW’s Colin Turkington extended his championship lead to 19 points.

Running twice the usual race distance, the ‘Diamond Double’ will replace the regular ‘reversed grid’ race three. With its own success ballast-free qualifying session, double championship points on offer and no ballast carried in-race, it is sure to add further excitement to an already thrilling campaign.

Team BMW’s success has been attributed to the high quality of West Surrey Racing’s engineering and technical know-how by Turkington and his stablemates throughout the season. Ensuring they maximised the time between events, Team BMW got straight to work following Croft and most recently completed a two-day test at Snetterton. Hailing it a ‘crucial’ step in advance of this weekend, Turkington and his teammates completed an extensive test programme at the hot and sunny Norfolk track.

“Although there was a five-week break from racing since Croft, it’s been a very productive and busy period for both myself and Team BMW,” said Turkington. “We’re well prepared and looking forward to the challenge this weekend. Our crucial two-day test at Snetterton earlier in the month was extremely valuable and has provided fresh impetus ahead of the second half.

“I’ve done everything possible to prepare as best as I can. I feel fitter than ever and I’m hungry for further success. Going double race distance in race three will be new territory for both the driver and car, but I’m going to embrace that.  We have to do 20 laps on the standard medium tyre, so we’ll need to be clever to manage that correctly.

“There’s a huge buzz about the diamond jubilee celebrations and the ‘Diamond Double’ race has been a hot topic throughout the summer.

“This is my 14th year in the BTCC and I know the effort and dedication required to make sure I deliver my best performance over the next 15 races.  There are so many elements of this championship that are outside your control, so I need to remain focused on delivering the best version of me.

“We’re exactly where we need to be at this stage leading both the drivers and manufacturer’s standings, but it’s only by working harder than the competition that we’ll stay there. Snetterton will be a game of strategy and it’s up to us to ensure we get that right.

“The added challenges and pressure will be felt throughout the team and it’s here that the depth of experience within Team BMW will shine through. It’s been a long five weeks for the fans but one worth waiting on!  The excitement will begin again, and its non-stop from here on in.”