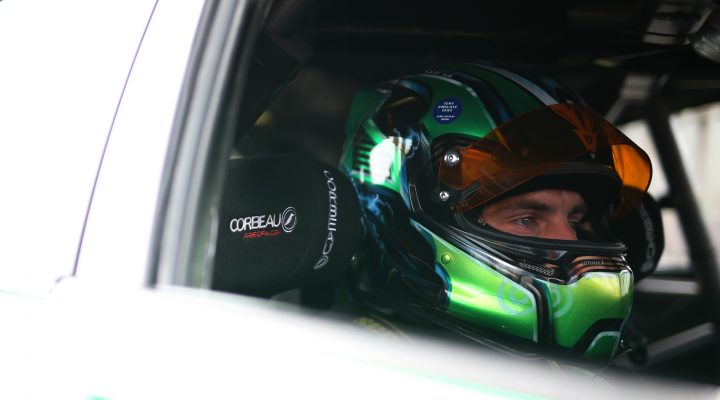 Ciceley Motorsport’s Tom Oliphant scored a fifth points finish of the season last time out at Croft, before the Dunlop MSA British Touring Car Championship adjourned for its summer hiatus. With Snetterton next on the agenda, the Cheshire racer is hoping to kick things up a notch.

Oliphant, 27, transitioned into the BTCC earlier in the year, after winning the Ginetta GT4 SuperCup with a record-breaking 2015 campaign. Contact dented his hopes at the Brands Hatch opener but he found his stride at Donington Park, securing a top ten berth in qualifying, which he backed up with two points finishes in races one and two.

Points seemed just a little out of reach for Oliphant for a couple of race weekends, until a visit to home turf at Oulton Park brought another score.

“It was fantastic to qualify in the top ten once again,” he said. “Race two gave me a chance to show the potential in the car and I was pleased to have kept my nose clean and picked my way through to thirteenth at the finish.”

This success was to carry forward into the Croft weekend, with two more points finishes in races two and three. Having previously been a double race-winner there in the Ginetta GT4 Supercup, Oliphant was able to transfer his knowledge of the track to BTCC machinery.

A dynamic defensive drive saw Oliphant hold off two-time BTCC champion Jason Plato in the closing laps to secure 13th in race two, while his consistent pace earned him 14th in race three despite a 9.5 second penalty. With momentum in his favour ahead of Snetterton, Oliphant heads into the second half of the season with plenty of promise.

“I enjoyed some really good, clean battles out on track at Croft and it was great to be able to bring the car home in pristine condition after each race,” he said. “Three more full races under my belt was crucial experience that will only serve me well heading into the second half of the year.

“While the penalty in the final race was immensely frustrating, it had otherwise been another really positive weekend, with our strongest trio of race results so far this season showing the continued progress we’re making in my first season in the series.”

“I really enjoyed the opening five meetings of the season. The whole BTCC experience has been awesome. The Ciceley Motorsport team have done a fantastic job, we’ve made big strides forward so far and I’m confident we can enjoy some real standout results in the second half of the season.”