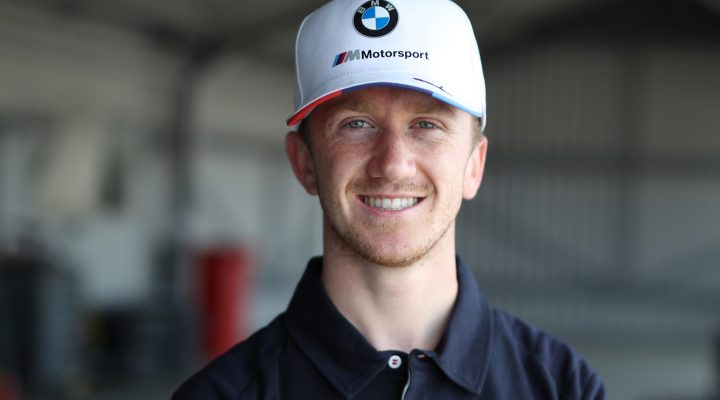 Ricky Collard will make his Dunlop MSA British Touring Car Championship debut at Rockingham this weekend (11/12 August) as he substitutes for his father Rob at Team BMW.

The 22-year-old from Eversley, Hampshire, will join Colin Turkington at the WSR-run team at Rockingham and the following round at Knockhill while Rob recovers from a concussion sustained as a result of two high-speed incidents at Snetterton in July.

A BRDC Rising Star, Ricky was the runner-up in the BTCC-supporting F4 British Championship in 2015 and in BRDC F3 the following season.

A class-winner at the 2017 Nurburgring 24 Hours and a race winner in Germany’s ultra-competitive ADAC GT Masters series, Ricky this year claimed a British GT4 podium at Oulton Park following a late call-up and saw his car run second at the recent Spa 24 Hours before an issue forced its retirement.

Ricky Collard said: “This is a fantastic opportunity for me. I’ve been around the BTCC paddock throughout my childhood and teenage years watching Dad race – mostly with WSR – and I’ve been desperate to compete in the series for a long time, especially for a team with their record of success. While I never wanted my debut to be under circumstances like this, Team BMW are one of the best in the BTCC, have won the championship for the past two seasons and are right in the thick of the title battle again. My target is to do the best job I can and help score as many points as possible for the Teams’ and Manufacturers’ championships.”

Rob Collard said: “Concussion – in motorsport, and many other sports – is something the medical profession is working hard to understand better. The advice for now is to sit out Rockingham and Knockhill, but if I can’t be in the car, the next best thing for me is to see another Collard in there. I’m extremely proud that Ricky will drive the ‘Collard’ Team BMW car. Giving him the benefit of my knowledge and experience of the 125i M Sport and the BTCC, alongside Ricky’s pace as a BMW Motorsport Junior, we have everything to play for, with the key objective to support the hunt for the Teams’ and Manufacturers’ titles.”

Dick Bennetts, Team Principal, said: “While we’re extremely sorry for Rob and wish him a speedy return, we’re pleased to be able to give Ricky Collard, a young driver with a huge amount of talent, an opportunity to drive the Team BMW 125i M Sport at Rockingham and Knockhill. Ricky tested the BMW with us last November and was extremely impressive. For a young driver who had never been behind the wheel of a touring car before, his pace and – in particular – his technical feedback, were very strong. It will be very important to use the free practice sessions wisely as we try to get him up to speed as quickly as possible. I’m sure he’ll do a good job.”