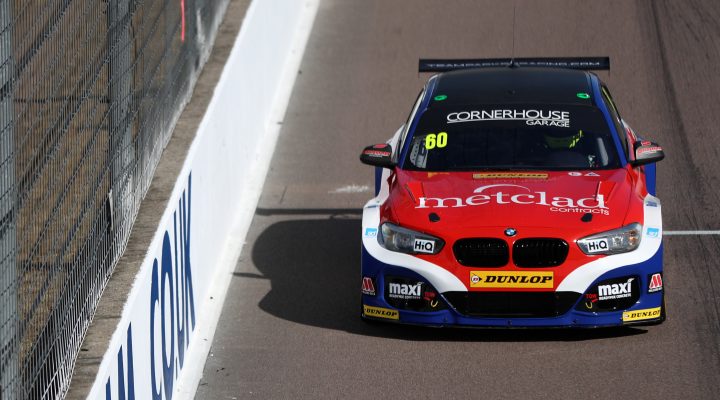 Rain came and went on race-day in Northamptonshire, making tyre choice, and when to use Dunlop’s Sport Maxx Option-Hard, pivotal – 65 percent of the field to utilise it in race three.

Round 19 saw a greasy track surface, with pole-sitter Adam Morgan claiming wets were the way to go at lights out. With the circuit rapidly drying, though, he and the rest of the field took to Sport Maxx Prime rubber.

Jelley made his mark, gaining 14 places from his starting position of 28th on the grid. Reigning champion Ash Sutton engaged in a six-lap battle with Tom Chilton, and his eventual switch-back manoeuvre on lap 13 was voted the #ForeverForward fan favourite overtake of the race. Morgan, meanwhile, went on to record a lights-to-flag victory.

Intermittent showers ahead of race two saw teams and drivers making the call between the BluResponse and Prime tyres right up to the wire. Dry conditions prevailed, though, and despite being the last to bolt on the Sport Maxx rubber, leaving his Dunlop’s colder than the rest, Sutton got a blistering start to bypass pole-sitter Morgan and strode to victory from there on.

Josh Cook picked up 16 positions to take the early advantage in the weekend #ForeverForward table. After race one contact saw perenially-unlucky Sam Tordoff spiralling down the order after yet another stellar qualifying performance, he recovered 11 places in the second encounter, placing him nicely for the final race of the day.

It was Tom Ingram in the Speedworks Toyota, though, who stole the day after another race one DNF. Miraculously, he produced a carbon copy of his Snetterton race two recovery – gaining an astounding 24 positions from his 27th on the grid to take third and another podium with his last lap overtake on Senna Proctor voted the fan’s favourite.

Rain once again created an air of indecisiveness ahead of lights out in the finale. Matt Simpson, lining up second, was on the Prime tyre, as he set about chasing pole-sitter Chilton on the Option-Hard.

A slippery surface made its mark, with several drivers sliding wide at turn two allowing BTC Norlin Racing’s Chris Smiley to capitalise. The Northern Irishman picked his way through the ensuing melee to make up four positions and gain the lead, where he stayed for an emotional maiden BTCC victory.

Top mover was Bobby Thompson. After an eye-catching race two drive, where he found himself battling on the cusp of the top six before contact through no fault of his own saw him spiral down the order, he produced a special comeback. From 28th on the grid, he steered his Team HARD-run Volkswagen CC to a best-yet seventh place finish seventh.

Jason Plato and Jelley gained 15 spots apiece, with Tordoff narrowly missing a podium finish after a sterling recovery from 18th to fourth.

All this left king of the fightback Tom Ingram top of the Dunlop #ForeverForward pile.