BTCC representation once again at Goodwood for September’s Revival 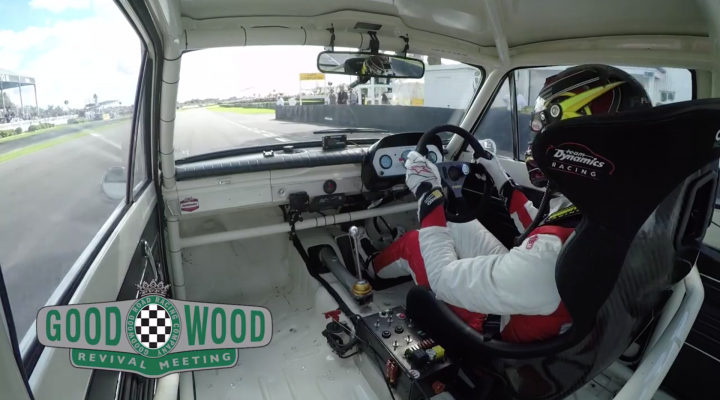 Following on from its 60th anniversary Diamond Jubilee shoot-out at this year’s Goodwood Festival of Speed over the summer break, the Dunlop MSA British Touring Car Championship will see several of its stars past and present return to the Goodwood Estate, as its Motor Circuit plays host to the Goodwood Revival (7-9 September).

The biggest contingent does come from the BTCC, with some six champions set to take part in the action at Revival counting 11 titles between them.

Incumbent champ, Adrian Flux Subaru Racing’s Ash Sutton, heads the way as he makes his Revival debut in a Ford-Lotus Cortina. He’ll go head-to-head with 2013 champion, Goodwood’s very own Andrew Jordan. He’s no stranger to the circuit, as is well known, and he makes his return to action in September at the wheel of a Jordan Racing Team-prepared Cortina, owned by singer Howard Donald.

BTCC legend and three time champion Matt Neal’s fresh off a landmark ‘Diamond Double’ victory and he’ll be in action alongside stager-past Nick Whale in the latter’s Studebaker Lark Daytona. Motorbase man Sam Tordoff will be there too, all set for another outing in his number 600 Porsche 356 after taking the car to the Silverstone Classic earlier in the summer.

Another triple champ will be making his return to action on British soil since departing Britain’s top-tier championship last year, in Neal’s former Team Dynamics team-mate Gordon Shedden – making for quite the reunion at the Goodwood Estate.

If you didn’t see it at the time, this battle between Flash and AJ sets the tone!

Two BTCC champs battled it out at #goodwoodrevival, but who took position?

Posted by The Goodwood Revival on Sunday, 19 August 2018