Sutton tops the timesheets in FP1 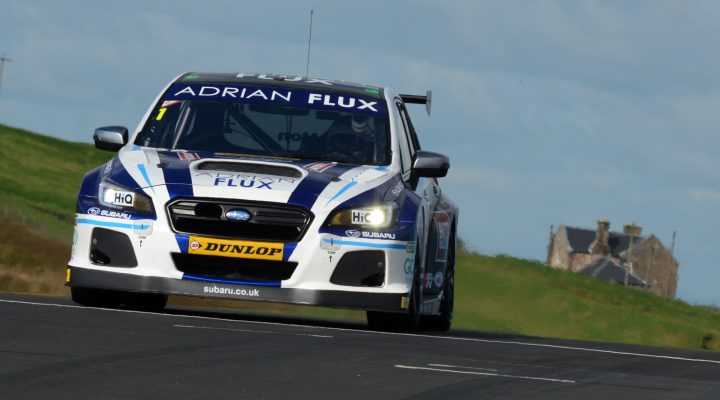 Sutton left it until his final lap – his 26th of the 40-minute session – to clock the fastest ever time around the 1.27-mile circuit. An all-new track surface was laid last winter and data always suggested that times would tumble this weekend, and four drivers have already dipped under the existing qualifying lap record.

WIX Racing with Eurotech’s Goff looked to have earned the bragging rights until Sutton’s flyer, whilst Jordan bounced back back well from early technical issues.

Jordan’s WSR-run BMW 125i M Sport was stuck in pitlane for much of the first half of the session – suffering from steering issues – but he was soon back-on-track and setting the pace.

Rob Austin has notoriously gone well at Knockhill, having scored good results here in both his Audi A4 and Toyota Avensis in previous years, and he seems to be carrying over that form with the all-new Alfa Giulietta. Austin took the fourth fastest time for DUO Motorsport with HMS Racing, ahead of Team HARD with Brisky Racing’s Mike Bushell.

Tom Chilton was sixth in his Team Shredded Wheat Racing with Gallagher, whilst the Mercedes duo of Tom Oliphant and Adam Morgan were next up in the timesheets. The Ciceley boys held a one-two early on but eventually had to settle for a solid seventh and eighth places ahead of Sam Tordoff’s Ford Focus and Tom Ingram’s Toyota.

There was one brief stoppage during the session when Matt Simpson went off at Turn 3 and his Simpson Racing Honda Civic Type R had to be retrieved.

Free Practice 2 will take place at 1230 before the all-important qualifying session at 1525, which will be streamed live via www.itv.com/btcc.