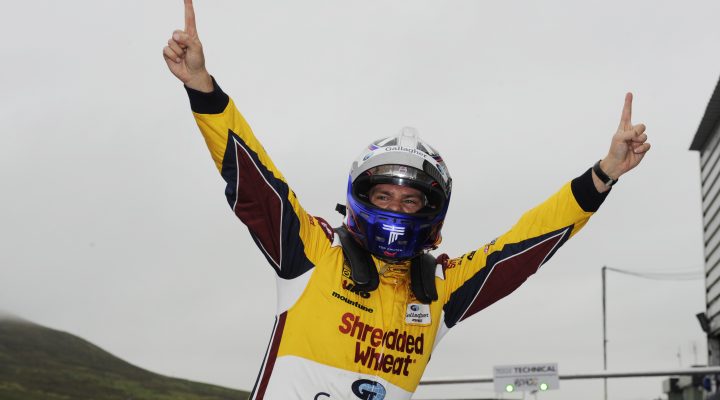 Tom Chilton has become the 14th different Dunlop MSA British Touring Car Championship race winner in 2018 so far – an all time record number of winners with six races of the season still remaining.

The 2017 BTCC campaign produced 13 different victors, which was a new record high, but 2018 – celebrating the 60th anniversary of Britain’s biggest series – has set a new benchmark in the illustrious history of the much loved tin-top championship.

It was the first victory of the season for the Motorbase stable and also Chilton’s first overall success since rejoining the series at the beginning of last year.

“I’m so happy for everybody at the team,” said Chilton. “They’ve worked so hard and it’s finally come good. It’s our fifth podium this year and we just kept missing out on the win but we’ve got it. I love these conditions when its greasy and horrid and I love Knockhill. To win here again’s great.

“I knew the circuit was drying and I knew the tyres were going to go off. I tried to protect them early on and when I saw Colin (Turkington) was closing I just kept at it and pulled out a tenth here and there. I’m very happy. It’s such a silly thing. Points make prizes but it’s something about getting the win and it’s why we go racing for these little highs. Spray the champagne as hard as you can and get those trophies up high on the mantlepiece.”

Turkington was arguably the biggest winner in the final race as a second place finish extended his championship over Tom Ingram and Ash Sutton, who both started at the back of the grid after being excluded from the second contest.

Sam Tordoff scored his best result of the day with fifth ahead of the impressive Josh Cook – the Power Maxed TAG Racing man surging up the standings order with a trio of good results.

Home hero Rory Butcher was seventh, with the hugely impressive Sutton coming home eighth. The Adrian Flux Subaru Racing man produced a masterclass of  wet weather driving as he blasted from 30th on the grid and made up an incredible 22 positions.