As it stands… The Independents’ running 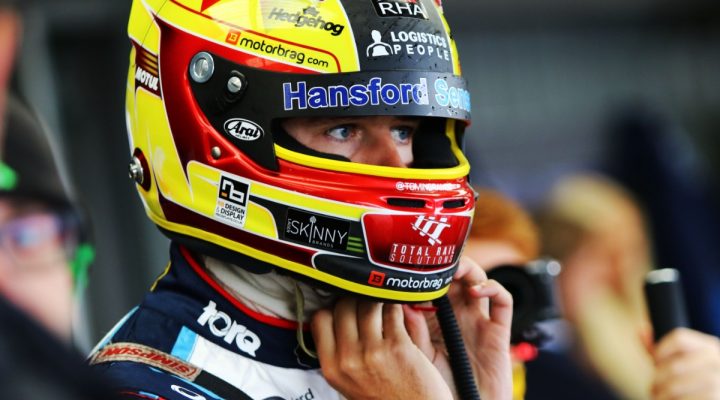 The competition between the Dunlop MSA British Touring Car Championship’s Independent teams and drivers has been as hot as ever this year, and as it stands, incumbent champions Speedworks Motorsport and Tom Ingram hold a slender points margins in credit.

Last season was a vintage one for Speedworks as it strode to a maiden Independent Teams’ honours while its longstanding driver Tom Ingram did likewise in the Independent Drivers’ Championship.

Entering his fourth BTCC campaign, Ingram and his team are both in pole position in the bid to retain their crowns with just six rounds of the season to come. On top of this, the 25-year-old is challenging for overall Drivers’ laurels, hot on the heels of current leader Colin Turkington.

“We’ve lost touch a little in the championship, but the final couple of tracks should suit the Toyota well,” he said post-Knockhill. “We’ve won at Silverstone in each of the last two seasons and gone well at Brands GP too, so we’ll go there in confident mood and fully focussed on clawing back the ground we’ve conceded.

Last year at Silverstone, Ingram enjoyed his highest-ever points-scoring weekend in the BTCC with a mighty 52-point haul after a race one win and a race two podium, as opposed to Turkington’s 28-point grab. It’s not over until it’s over and in any case, Ingram looks to have every chance of setting Tom Chilton, second in the Indy running and 15 points behind, some benchmark this weekend.

Team Shredded Wheat Racing with Gallagher are certainly an outfit on form, however, with Chilton sealing its maiden victory of the season last time out at Knockhill. This saw the Kent squad draw to within four points of Speedworks in the Indy Teams’ chase, with the new-for-2018 Ford Focus RS proving a capable package.

“It was a fantastic result back at Knockhill, which paid back the whole team for all the hard work behind the scenes,” said Team Manager Oly Collins. “Tom was mega in the wet and that first win for our Focus RS was exactly what he and the team deserved. We’ve had a strong car all year but for whatever reason we’ve just not been able to convert it to a win until today.”

A further four points back in third spot is WIX Racing with Eurotech. Jack Goff, also third, took pole, runner-up in race one as well as a race two victory in Northamptonshire last year, with the Honda Civic Type R illustrating its capabilities around the famed venue perfectly.

Pole last year at Silverstone? Jack Goff! Who'll it be this time around? Find out from 1510 on Saturday over at itv.com/btcc/qualifying-live…#BTCC