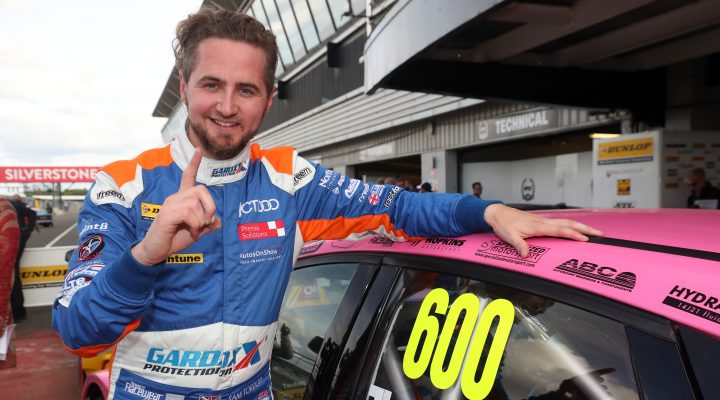 Tordoff has the highest average qualifying position of the entire field during the 2018 season, but pole position had so far eluded him, as has good fortune on a number of race days.

The Ford Focus RS man will be hoping he has turned a corner, however, and he’ll be targeting his maiden win of the campaign tomorrow. As a side note, it was the first BTCC pole position for a Ford RS car since Tim Harvey achieved the feat here at Silverstone way back in 1990.

Tordoff will share the headlines with young Ricky Collard, who only missed out on top spot by a ridiculously close 0.018s. The impressive Team BMW driver was contesting only his third ever qualifying session in Britain’s most competitive championship, and the 22-year-old continues to show rapid progress behind the wheel of the stunning BMW 125i M Sport.

The fight for third was just as close with Team Shredded Wheat Racing with Gallagher’s Tom Chilton pipping WIX Racing with Eurotech’s Jack Goff. Chilton and Goff still hold mathematical hopes of winning the championship outright and will have a chance of keeping their hopes alive with a solid showing tomorrow.

Two former champions in Andrew Jordan and Matt Neal were next in the timesheets with the experienced duo lining up fifth and sixth for tomorrow’s opener.

Matt Simpson’s eye-catching campaign continues, with seventh on the grid no longer feeling like a surprise result for the Honda Civic Type R driver. The Simpson Racing man claimed a first BTCC career victory at Oulton Park earlier in the season and he’s well placed again for tomorrow’s action.

The Mercedes duo of Aiden Moffat and Adam Morgan were next in the order, whilst the WIX Racing with Eurotech Honda of Brett Smith rounded out the top ten.

With this being the penultimate event of the season there was also a lot of attention on the ballast-laden cars of the main title protagonists, but most of them failed to trouble the front running order.

The closeness of the session was there for all to see with the top 29 drivers covered by just 0.818s, with debutants Josh Caygill and Ethan Hammerton the only two drivers failing to qualifying within a second of Tordoff’s benchmark.

Rounds 25, 26 and 27 of the 2018 Dunlop MSA British Touring Car Championship will take place at Silverstone tomorrow. A huge crowd is expected to attend the world famous sporting venue with many more watching all of the action live on ITV4 from 11:15.

Sam Tordoff said: “That’s been a long time coming. We’ve nearly got it a fair few times this year. I had visions of Rockingham, being pipped at the post. We’ve had a miserable day so far in practice and we’ve had to pull out all the stops. We came here expecting to go and do that and we knew we had the pace to do it. We’ve changed everything on the car since this morning. We were just slow. I’ve gone almost a second faster in qualifying, so credit to the team – that was their pole. We’ll sleep happy tonight.”
Ricky Collard said: “I said to the guys I’ve tried so hard. We came here hoping to have a consistent weekend and I do have some experience here. I said I was driving like an idiot but I’ve been improving all the time and West Surrey Racing/Team BMW have given me a really good car. I’m looking forward to tomorrow. This championship is just so close, it’s a credit to TOCA and everybody at the BTCC. If I’d had a little bit of a shave I might have sneaked pole! I’m sure dad’s over the moon. I need to look at his starts and look at the data to try and jump the number 600 up ahead tomorrow. I’m really grateful for all of the support I’ve had, especially with dad not being very well.”
Tom Chilton said: “That’s a fantastic result for us – it couldn’t have been any better. I love this circuit. I’ve not been here for six years and I won here in the BTCC then. The time before that I won in a Ford Focus too. I want to make it a hat-trick. It’s a new car this year with all the work we’ve done. I’ve always felt I’ve had a better race car than a qualifying car but this weekend it’s felt different. Starting third, I’m quite confident. It’s going to be interesting. Poor old Ricky’s got a lot of pressure on him and a lot to learn. I’m sure it’ll be exciting.”