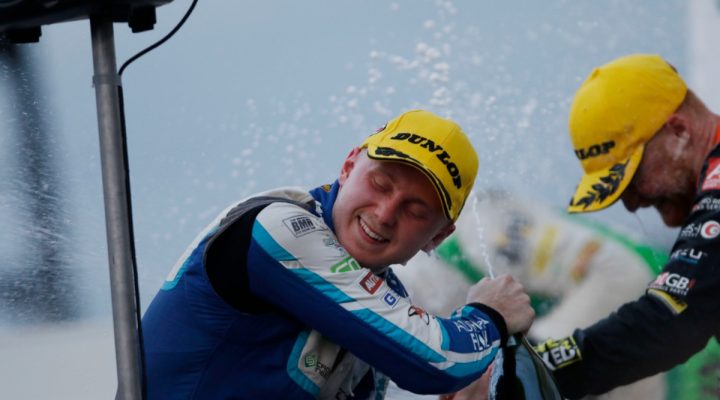 The Dunlop MSA British Touring Car Championship is renowned for its ultra-close on-track battles, and perhaps the pick of those over the course of the season came as the 60th anniversary campaign drew to a close at Brands Hatch two weeks ago.

Starting third for the finale, Round 30, outgoing champion Ashley Sutton showed that ‘once a champion, always a champion’ as he embarked on a staggering race-long battle for the top step with Power Maxed TAG Racing’s Josh Cook.

The pair ran side-by-side for the majority of the contest, with the race lead changing hands on multiple occasions. Cook wouldn’t be outdone, though, and the pair – who are good friends and former team-mates, fought on as they whittled away at the lap count.

The scrap went as far as the last few metres of the final lap of the season, with Sutton eventually pinching the honours and signing off as the 2017 BTCC champion in fine style as he pipped Cook by just 0.032 seconds over the line.

That winning move put Sutton on 24 Dunlop #ForeverForward points in total to take the weekend honours for the third time in succession in 2018. Understandably, his manoeuvre was voted as the fans favourite overtake in Dunlop’s social media poll.

A look on-board, and it’s obvious why!