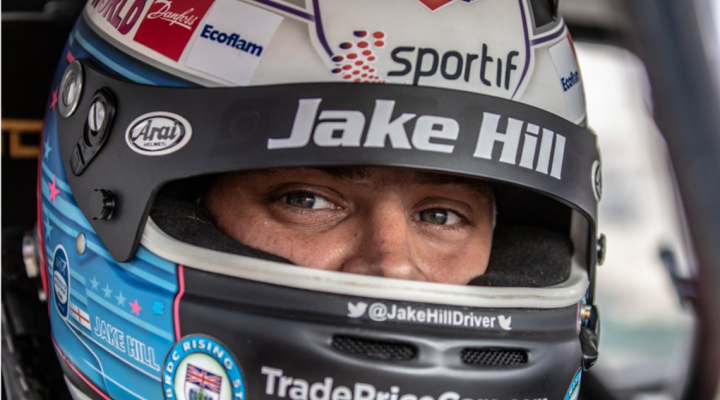 Trade Price Cars Racing has signed Jake Hill for the 2019 Kwik Fit British Touring Car Championship, with 24 year-old set to pilot one of the outfit’s newly-acquired and rebuilt Audi S3s.

Goudhurst-based Hill rejoins the BTCC having taken a debut Independents’ victory and overall podium in 2018. He previously campaigned the S3, which is being run by AmD Tuning for the Essex-based squad, back at the final round in 2015 and has since enjoyed promising full campaigns in both 2016 and 2017 in Britain’s leading motorsport series.

“We have been working non-stop since the summer to get things in place to get back into the BTCC,” said Hill. “I am absolutely buzzing to once again be part of the UK’s premier championship, especially as part of this exciting new project with Trade Price Cars Racing.

“I want to thank Dan (Kirby) and Andy (Wilmot) so, so much for making this possible and for giving me the chance to remind everyone what I can do. I am more fired-up than ever and ready to work as hard as possible to get the maximum out of the car, and see what we can achieve as a team.

“We have some fantastic partners, both new and existing, and we’ve a stunning livery to be revealed soon. We aim to be out testing early in the new year, and we have some very, very good people working with the team, so we expect to be well prepared.

“I’d also like to make it clear how much I appreciate the previous opportunities Motorbase Performance, Team HARD, RAR and AmD Tuning have given me, as well as all of the teams outside of the BTCC that put their faith in me. Shaun Hollamby has done so much for me, too, and has been great for my career since first helping me out back in 2010.

“They’ve all provided the platform for me to show people what I can do. Without their support, and that of my fantastic sponsors, friends, fans and of course my incredible family, I simply wouldn’t be able to do what I love.”

Trade Price Cars owner Dan Kirby, having worked with Hill previously, said he was always top of the list of drivers the team wanted for their inaugural season in the BTCC.

“We have got to know Jake well over the past couple of seasons,” said Kirby. “Having seen up-close how strong he is as a driver, his technical awareness, and how well he works with his partners off track it’s a real statement of our intent getting him on board.

“Everyone has seen just how quick he is, so we’re really confident he will be a key part of the team and in helping us achieve success, now and hopefully in the long-term.”

“We’ve had a tough year,” added Hill. “Everything happens for a reason and I am more focussed, physically fit, and determined than ever to succeed. This will be a fun ride. Being on the podium at Brands Hatch earlier this year was just incredible, so a bit more of that in 2019, please!”