Turkington and Team BMW to defend BTCC titles together in 2019 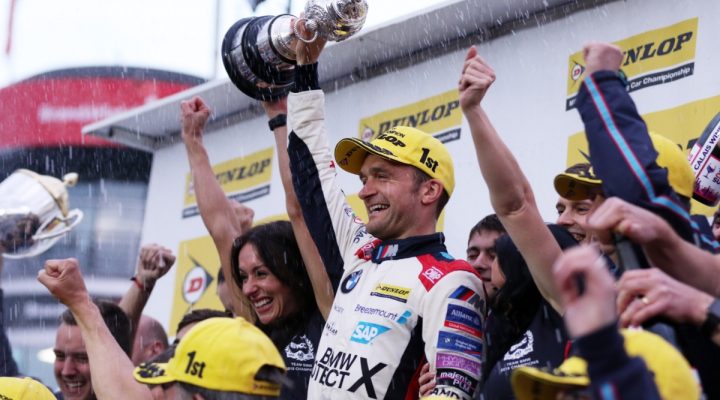 Colin Turkington and Team BMW will return to the Kwik Fit British Touring Car Championship this year to defend the titles won in 2018.

Turkington recorded his third BTCC crown with WSR-run Team BMW in 2018, scoring 10 podiums – more than any other driver – and finishing inside the top five on 15 occasions at the wheel of his BMW 125i M Sport.

In 2019, he will compete for a record-equalling fourth Drivers’ Championship while WSR and BMW have the opportunity to extend their run of successive Teams’ and Manufacturers’ titles to four.

Turkington made his BTCC debut with WSR in 2002 and has spent his most successful years in the series with the Sunbury-on-Thames team; sealing all of his overall Drivers’ titles as well as four of his five Independents’ crowns in BMWs.

In total he has won 46 times in the BTCC, placing him fifth on the series’ all-time winners’ list, as well as recording 133 podium finishes, 17 pole positions and 52 fastest laps.

Turkington’s team-mate in 2019 will be Tom Oliphant, who joins WSR for his second season in the BTCC.

“My 2018 title was definitely one of my best, and my goal is always to achieve just that; be the best I can in both life and motorsport,” said Turkington.

“Becoming a triple champion felt great, but I’m hungry for much more and racing with Team BMW in the BTCC gives me this opportunity. Now I have to ask myself ‘how can I improve for this coming season and how can I be a better driver?’

“I’m thrilled by the commitment from BMW that allows me to stay in one of the most desired seats in global touring cars and with a team who continue to set the benchmark. Team BMW is the place to be and we want to make history together. This is where I’m happiest; with people I trust, and when I’m happy, I perform.”

“I’m extremely pleased that Colin will defend his title with us, allowing WSR to carry #1 on a BTCC car for the first time, and equally proud that BMW has chosen to continue its support of our programme,” added Team Principal Dick Bennetts.

“Colin is one of the world’s best touring car drivers and has spent the majority of his career with us, so we’ve developed an environment here that allows us all to get the best out of each other. I can’t think of a manufacturer who has achieved more in touring car racing globally than BMW, so to continue to be associated with them in 2019 is a great honour for our team.

“We’ve won 10 overall BTCC titles in the past 10 seasons – all with BMWs – so to have their continued support in 2019 is a reflection of their belief in our team to get the job done.”