Andrew Jordan and BMW Pirtek Racing together for 2019 assault 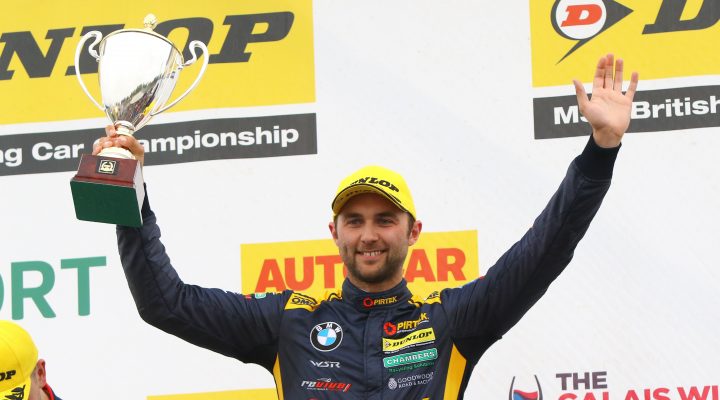 Andrew Jordan and BMW Pirtek Racing will continue together for a third straight campaign in the Kwik Fit British Touring Car Championship in 2019.

Reigning Teams’ Champions WSR will once again run the 2013 title-winner’s BMW in the 62nd edition of the UK’s most popular motor racing series.

Jordan and Pirtek joined the WSR and BMW families in 2017 as the Lichfield racer recorded three wins in his BMW 125i M Sport and spent more laps in the lead than any other driver in the series.

Another victory followed at Knockhill last year, as well as six podiums and 12 top-five finishes in a supremely consistent campaign as he finished fifth in the points and played a key role in BMW’s third consecutive Manufacturers’ title success.

During his BTCC career, Jordan has recorded 20 wins, six pole positions, 63 podiums and 17 fastest laps. WSR have won 10 outright BTCC titles; the past nine of which have been achieved with BMWs since 2009.

“I’m delighted to stay with BMW Pirtek Racing for a third season in the BTCC,” said Jordan. “WSR are a fantastic team who always extract the maximum from the BMW no matter what circuit we’re at, and the environment is perfectly set-up so that everybody can get as much out of each other as possible.

“I’ve won races in both my seasons here and last year was in title contention until the penultimate round, so that’s a really encouraging platform on which to build for 2019. I think the BTCC is the best place to be for a touring car driver right now.

“The level of competition is higher than it’s ever been and we had a record number of winners last year. I can’t wait to get started at Brands Hatch in April.”

“AJ is a champion, pure and simple, was the best rear-wheel-drive qualifier last year and could easily have finished in the top three in the points had it not been for a couple of factors outside of his control that cost him more podiums.

“With AJ, Colin and Tom we have a superb line-up confirmed for our BMWs in 2019 and we will, as ever, be aiming to do the very best we can at every circuit and see where that puts us at the end of the year.”