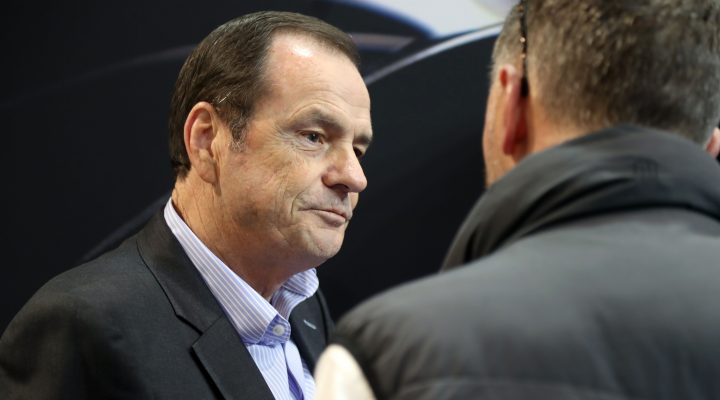 The brand hard-launched its relationship with the BTCC at the show with the Kwik Fit BTCC feature stand, and Gow expressed his delight at welcoming the company aboard.

“It’s great to have Kwik Fit involved,” he said. “It’s such a massive company and a household name. They’ll take the BTCC to whole different markets that we don’t get to at the moment. They have in excess of five million customers. That’s a great audience that we’ll now be able to reach, plus its 600 stores – it’s fantastic for us. The tie-in is obvious. The BTCC field comprises cars that the company’s employees and customers can relate to. They’re the sort of cars they work on and see every day in the workshops and out on the roads.

This year, the BTCC takes up the enviable position as the only major motorsport championship on live, free-to-air television in the United Kingdom. Alongside this, stability via a long-term broadcast deal with ITV ensures the BTCC proposition is as strong as ever.

“If you want to sit down on a Sunday afternoon to watch motorsport, we’re probably the only choice that one has,” said Gow. “It just shows the strength of our championship, where ITV have made such a long-term commitment – until 2022.

“That deal gives teams the security of knowing what the BTCC looks like, and it’s why we’re in the position we’re in. There’s stability via an enviable TV deal with an audience growing year-on-year, providing teams with a great business model. There’s no crossing of fingers and there’s certainty for the next three years.”

Gow has always looked to the future, despite the championship’s storied past, and after a storming 60th anniversary season in 2018, the Series Director has his eyes on an equally-enthralling 2019.

“I am looking forward to the new season but there isn’t a year that goes by where we don’t say that,” said Gow. “You get to the end of a campaign and you’re happy it’s ended but then you recharge the batteries and we’re looking ahead again. I always look forward rather than back. I often get asked what my favourite race is and the answer’s always the same – the next one.

“We’ve seen a lot of talent coming through over the last few years, with new young drivers putting their mark on the BTCC. What a fantastic race it was at the end of last season. It was on everybody’s lips and we went out with a bang, rather than a whimper and I’ve no doubt that with the quality of the cars, teams and drivers this year, it’ll be just as great as it was last year.

“At the end of the day, the person that watches motorsport wants to see good, exciting racing and that’s what we deliver race in, race out. You shouldn’t use comparisons but elsewhere, you can sit for two hours anticipating that at some point there will be some overtaking manoeuvres and strategy. Here, from us, from the first corner, it’s full on entertainment and a proper spectacle.”