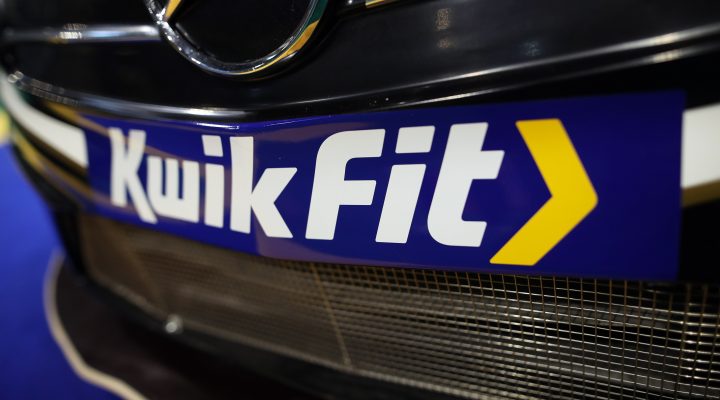 “I’m absolutely delighted to be at Autosport International. We’ve got one of the busiest stands here which shows just how popular the BTCC is,” started Lane.

“It’s the biggest championship in the UK and that’s the main reason Kwik Fit was interested when we were invited to join in.

“We’re a national brand with more than 600 centres across the UK and half of those are within half an hour of a BTCC event. It’s just a natural fit. It’s an entertaining series, and it’s competitive but it’s the cars themselves. Our staff and customers can relate to them. They see their road-going versions day-in, day-out and can really relate to them – they’re inspiring.

“We want to give something back to our customers and fans of the sport,” he continued. “We see four million cars through our centres every year and we feel we can bring those customers to the championship.

“We see the championship as an aspiration for our customers and something we feel they’ll get behind. We hope to add while we’re here and really build for the future, to make it even bigger and better than it already is.”

On Kwik Fit’s plans for the season ahead, Lane spoke enthusiastically about what the company will bring to the table, and his hopes of reaching out to the BTCC’s legion of passionate, knowledgeable petrolheads, as well as involving the firm’s customer base.

“We’re hoping to get some driver and car events going and bring the championship to our customers and vice-versa, through competitions and incentives,” added Lane.

“We also want to reach out to the real knowledgeable petrol-heads that love the BTCC and build relationships between them and Kwik Fit itself.

“When somebody starts working in a centre, they come and join us because they want to fix cars and work on cars. The young apprentices that join us will see themselves as one step away from the guys working on and engineering the BTCC cars on a race weekend.

“If we can inspire them with the performance element of BTCC mechanics and engineers – that high-end motorsport element – then all the better for our customers.

“We’ve got trackside banners, logos on cars and clothing and spots on TV. We’re delighted, we’re passionate and we’re proud to be involved.

“You wouldn’t believe how many emails I got when we announced the partnership from centre managers, staff and apprentices saying how enthused they were that we’d backed the BTCC.

“You’ll see that enthusiasm when we start to get involved in the championship proper, come March.”