MN’s Matt James: ‘The BTCC becomes more of a dogfight every year’ 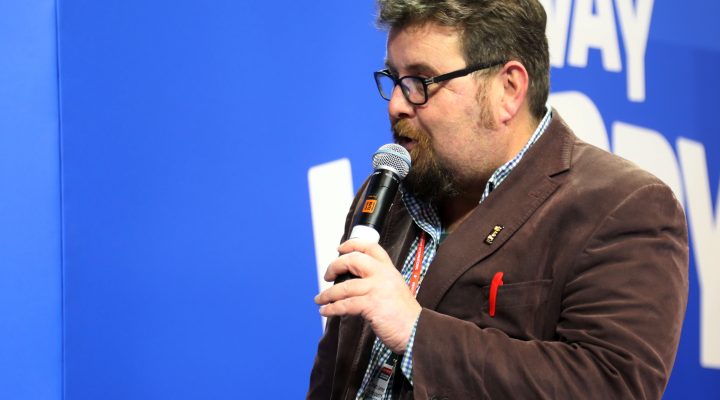 Motorsport News Editor Matt James speaks to btcc.net on last year’s title battle and what can be expected of the 2019 Kwik Fit British Touring Car Championship.

“Last year’s title fight took place between the old master, and now triple champion, Colin Turkington and Tom Ingram, who’s 25 and has only been here five years with his one-car team.

“It was brilliant to see. For Tom to push one of the standout touring car stars in the world to within 12 points of the title was fantastic. It just shows that the format of the championship and it’s sporting regulations are bang on.

“The deal that sees Toyota join the BTCC as a manufacturer is nirvana for Tom. He’s done the groundwork and the legwork and he’s now got the deal. The only thing I’m slightly concerned about is that building a new car from the ground up for the very first time is hard work.

“I’m not suggesting for one second that there’s a lack of intelligence or expertise at Speedworks Motorsport, they’re certainly highly skilled engineers, but this is a brand new thing they’re having to go and do. If you look at the likes of Team Dynamics or West Surrey Racing, they’ve had years and years’ experience of building racing cars from the ground up.

“It’s a big step and I just think it may take a little time. That said, I do hope they prove me wrong and Tom goes and wins the first race of the season for the third year in a row – it certainly wouldn’t be out of the question.

“Colin was voted well inside the top ten in Autosport’s best touring car drivers of all time poll and last year’s performance was possibly his best yet.

“He lost his Mum in the middle of the year ahead of Oulton Park, which was the site of his only win of the season – a special one at that. There were 17 different winners last year and a very difficult narrative. He had to steer his way through all of that and keep the points ticking over.

“Others perhaps try and go for those few more points when they aren’t really on but Colin knows getting consistent points on the board is the most important thing in the BTCC if one’s to mount a title challenge.

“Coming away from each weekend with 25-30 points is the key and he knows that’s the way it operates. That’s the difference that sets him aside. You simply cannot fault his driving, he’s the fastest guy out there.

“If you spend any time talking to Dick Bennetts who runs WSR, he eulogises about Colin both at the circuit and away from it. Colin will sit down and write detailed reports for his engineers, going through every corner and every part of the car.

“He’s worked on his mental approach, and he’s physically in great shape, too. There’s no stone unturned and as much as he only won one race last year, I think he reaped the rewards through his mental toughness. The work he does is not necessarily all seen over a race weekend.

“There’s still so much we’ve yet to find out with plenty of announcements to come, it’s too early to make any kind of real predictions just yet.

“In fact, I’ve been forbidden, over text message, from making any predictions about Andrew Jordan by his Dad!

“We had a record 17 race winners last year and it’s going to be so hard to match that, it really is.

“However, there are some small changes to the regulations, with tyre allocations and the maximum amount of ballast carried which will mean some of the more successful guys will be in the mix more often.

“There are plenty of new drivers coming into the championship, too. The unknowns are there again and the BTCC becomes more of a dogfight every year.

“Back at Autosport International on the Kwik Fit BTCC stand, the covers came off AmD’s new charger. The outfit has secured a proven, race winning car in the Honda Civic Type R and I really rate the pairing they’ve put together in Rory Butcher and Sam Tordoff. Butcher showed well in 2018 with a few top six finishes and some mega performances. Let’s watch him go this year.

“The Honda guys, Matt Neal and Dan Cammish, were very bullish and are looking to make a step forward but it’s just so close in this series that you never know.

“You’ve got to expect that car will get better, though, and there’s no reason why Dan Cammish shouldn’t have his front foot forward after winning the final two races last year. He’ll be one to watch.

“You’ll find that the cream always rises to the top come the run in and its those who work out how to put a season together who are there at the end. The top four or five are always those who deserve to be there and it just shows that the BTCC works.”