ITV’s David Addison: ‘Every year, the BTCC evolves and surprises’ 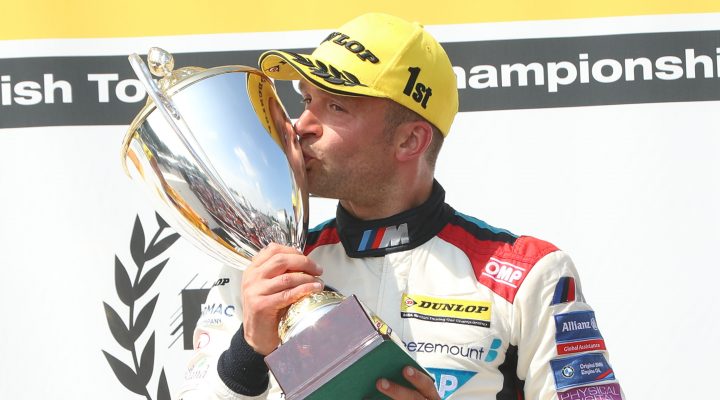 ITV Motorsport’s David Addison speaks to btcc.net with a view from the commentary box, as well as the ITV compound, and looks at the current state of play in the Kwik Fit British Touring Car Championship…

When you start to see the new cars in the flesh at Autosport International, and new drivers announcements start to come through, it all becomes that bit more real. Everything starts to fall into place in your head. As of Autosport, we can perhaps say we’ve a good idea of some 75 percent of the entry list. There are still a few teams with some holes to be filled and some drivers leaving people wondering. The story isn’t done yet and that’s even before we start racing.

Perched up in the commentary box as part of ITV’s first-class BTCC team, I’ve got to say I do the easy bit on a race weekend. The hard part lies at the door of the television directors. David Francis and Mark Cross look after the coverage of the races and have the unenviable task of knowing, via premonition, which camera to cut to and when.

You know that, inevitably, if you suddenly take your eye off the battle for the lead to go and look at the battle for fourth, the lead will change hands and somebody else is going to spin off somewhere. In the outside broadcast truck there’s a bank of what to me as a luddite looks like 150 monitors and David and Mark are required to be on top of them all, all the time. They have to know where to cut to, which battle, which on-board, which camera and Tim (Harvey) and I are left with the easy job!

All that said, I’d much rather we had all-action racing than a soporific single seater encounter, some of which I’ve covered in Europe, for example, where you’re looking around for something to talk about. The cars can be great elsewhere but the action sometimes lacks. That’s never the case in the BTCC. The first race is good, the second race is that much better and the third race is reverse grid, gloves off and you get into that pattern of crescendo weekend-in, weekend-out.

With so many different race winners, so much action and the determination from everybody on the grid to give it their all, nobody settles for a position in the BTCC and they want to be ahead of that car. Nobody ever gives up. Nobody settles and that’s why the results are never settled until the very last lap.

Both myself and Mr Harvey need to do our research to be on top of things and we each have our own way of doing things. We talk to drivers and I have bits of paper with all sorts of notes on them. I scribble away on a grid sheet but once the race gets underway there’s rarely time to take your eyes off the action. There’s no time to look away! If you don’t carry the information in your head, you can’t suddenly seek it out. A lot of that statistical stuff is written on a coded sheet of paper but it comes through memory. We can’t always go and see every driver after every session so we split duties and compare notes. Between us, we do stay on top of things, we’d like to think!

Turkington’s title, and what next?

Back at Donington Park last year, Tim and I were saying ‘that’s Turkington’s season ruined’. We should have perhaps known better as it’s a long season but with his BMW spluttering out of the pit-lane and missing a race, that was a dark day for Colin.

I’m not saying this to prove a point about Colin, but he won one race and still won the championship. It was a remarkable effort. It showed his resilience and experience as well as the team’s ability. It’s not all about race wins, though people do remember them. He racked up points and points and won the title.

For some of the young drivers coming into the BTCC, that was worth noting. You see it when people have their first sniff thinking ‘I’m sixth but I could win this race’. I did say earlier people don’t settle in the BTCC but there are occasions where maybe one should. Colin got on with what he knew he had to be doing and consistently got the best results out of that car.

The BTCC’s going to have to go some in 2019 to outdo 17 different winners. It’ll be quite nice, actually, if we have a slightly smaller number if only so you can see more of a pattern of where the pecking order is. With so many winners, it becomes so distorted. New drivers and new cars throw things up in the air anyway, so you won’t get the 17 winners but what you will get, guaranteed, is exciting races, a bit of controversy and some damage along the way as well.

We can reel off names of who we think should be there fighting for the title but this is the BTCC. One bad weekend can throw you and it becomes a mark of that driver as to how they fight back. There are so many good racers on the grid and the competition is so fierce – it’s never clear cut.

We love the BTCC…

I love the BTCC and so does Tim. If you’d have said to me when I was in my pram watching Tim win in 1992(!), I wouldn’t have believed it.

Now, we’re in our sixth year commentating together. It’s an odd marriage where we see a heck of a lot of each other for ten weekends a year. We have a good time doing it, and we get on well. I hope the fans enjoy it with the pair of us and enjoy the racing. That’s what matters.

It’s a championship I’ve been involved with either from the commentary booth or the spectator banking for many, many years and Tim’s been there and done it as a champion and team manager.

Every year it evolves and surprises, and when you’re talking about a championship with more than 60 years history, not many could still do that.