Ingram: ‘We’ll be right there from the get-go’ 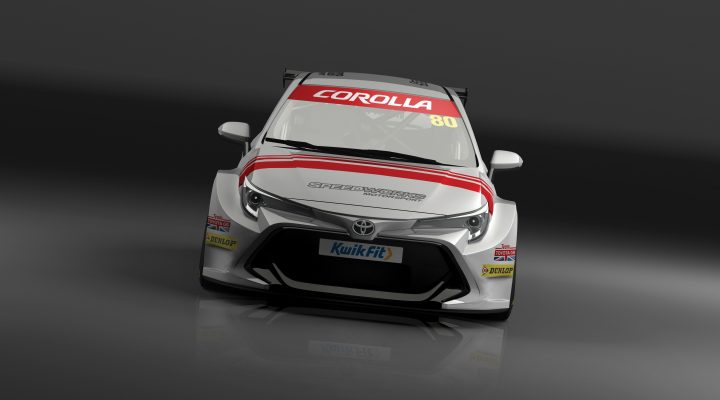 The build of Team Toyota GB with Speedworks Motorsport’s new Corolla is well underway, and with a couple of months until the 2019 Kwik Fit British Touring Car Championship, Tom Ingram and Team Principal Christian Dick are full of confidence.

The new partnership is the result of Speedworks Motorsports’ continued upward curve and a careful fostering of its dialogue with Toyota GB. The coming season sees the Japanese marque offer their full backing, with the squad entering as a manufacturer.

“It’s something we’ve been working on for years now and it’s the next natural step for us,” started Ingram. “We’ve gone from looking to get a podium, then race wins, an Independents’ title, and finally putting an overall championship challenge together.

“It’s always been about looking to make that jump to the next level for us. It’s great to get Toyota on-board. That for us was huge. To get them involved with the Team Toyota GB name and with a Corolla in the BTCC is as good as it gets.

“Not only is it a massive deal in terms of performance, as the car’s going to be fantastic, it’s also great because we’ve got that iconic name and brand behind us.

“Toyota has been an active supporter of us in terms of parts supply and online in terms of promotion for a number of years,” added Dick.

“When we saw the new Corolla was coming out, we felt we needed to have another serious attempt at trying to get them on-board with the new model. That started around 12 months ago, when we put together a package that we thought could be attractive to them.

“It went backwards and forwards for a long time from there but we really knew between Silverstone and Brands Hatch that something was going to happen. It’s a big company you’re dealing with, which brings with it a lot of paperwork.

“From our side of things, we started to put a lot of engineering groundwork into planning and making that car happen before we actually got the ‘yes’.”

Ingram is expecting the tie to take the team to the next level and yield another tilt at the overall Drivers’ crown, having bagged Independent titles in each of the last two campaigns. Race-winning competitiveness from the off is the target.

“We’re excited to get cracking with things,” added Ingram. “The results we got last year with second overall and both Independents’ titles were a massive deal. This is the start of something new and different for us.

“We know there are a lot of things we can carry across from what we’ve learned with the Avensis over the years but it’s nice to start afresh and go with a new pair of eyes on a new challenge. I think ultimately that’ll bring us all on. It’ll push us harder, work us harder and it’s incredibly exciting.

“We start that process of looking forward to the first pole position, the first podium and the first win. It’s a long road ahead and a heck of a lot of work but we want to be turning up at Brands Hatch for the opener with the car able to win at least one race.”

Christian Dick is under no illusions as to the tight timescale the outfit has to turn drawings into a reality ahead of Season Launch at the end of March. The build, however, is right on track with a comprehensive testing programme to come at the end of February.

“It’s not a complete car yet,” said Dick. “We’re just about to embark on what we call the ‘dry build’ where there’s no paint or coatings on any of the components. We’ll put all of that together to check fitting, then strip the car again ready for paint and coatings. It’s then built up once again.

“It’s going to make a great looking car, as the road car is such a looker anyway. With the addition of the arches and sills within the technical regulations she looks really strong. It’s a good package aerodynamically with a good footprint, so we’re optimistic.

“We’re intending to test inside of the last week in February and we’ve a very busy schedule planned. We’re confident we’ll be quick over a lap out of the box. Testing, development and data will gain us all the little bits we need in the detail.”

Ingram’s confidence is backed up by the success he’s enjoyed alongside Speedworks Motorsport over the last five years, and he’s sure the team will be competing at the sharp end from lap one in 2019.

“We’ve been very lucky in the last couple of years to have had a car that’s just superb but in fact, it hasn’t come from luck,” he said. “We’ve come from this starting point before. We’ve already done it once and we already know roughly what works and what doesn’t.

“The principles are the same. I know how the car should feel and how I want the car to be. I also know how the Avensis felt, but we’ve got to put a little bit of that to the back of our minds as it’s a much shorter car, a different car.

“We’ve got to find its little niches. We know we’re going to get the car to be quick but it’s the little nuggets and permutations that’ll take a little bit of time – hard tyre versus the soft tyre, that sort of thing. We’ll get there and I’m 100 percent sure we’ll be there right from the get-go.

“We’d be upset if things weren’t expected of us. We’re seen as genuine title contenders and that’s a good feeling. Maybe they’ll fear us a bit more with this new car and we’re only going to get stronger as we develop things throughout the season.”