Crees and Thompson raring to go 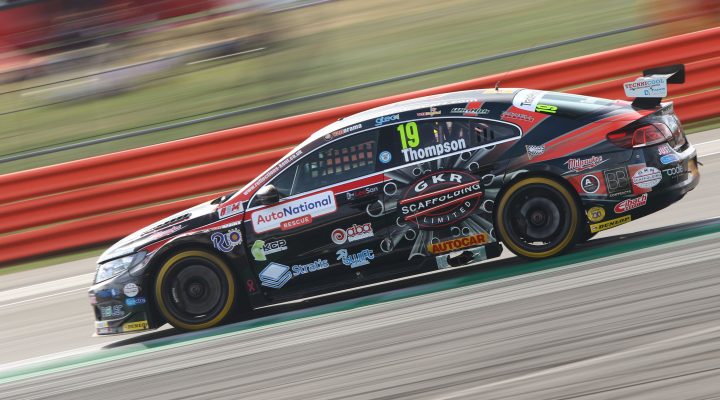 Team HARD’s Michael Crees will embark on a debut Kwik Fit British Touring Car Championship campaign in 2019, while Bobby Thompson returns in another of the Kent outfit’s quartet of Volkswagen CCs, looking to double down on an encouraging maiden year last time around.

Essex driver Thompson made good headway throughout 2018, with his performances peaking in mid-season.

A trio of points finishes and a best of seventh over the Snetterton and Knockhill weekends showed that when the stars aligned, Thompson and Team HARD had it in them to go and break into an ultra-competitive top ten.

He’s optimistic the outfit have made a step further still this off-season in the search for consistency.

“I’m delighted to be back,” said Thompson. “Last year was key in terms of learning the championship and in gaining experience – vital to make progress in the BTCC.

“I’m very optimistic about 2019. We’re looking to improve on last year in terms of results and I can see the team taking a big step. The first half of the season proved to be a struggle but the second half seemed to really happen.

“We dabbled with the top ten and were there or thereabouts. It showed us we can do it and that’s what we’re hoping to recreate over the course of 2019. We had the pace there to go and do it.”

“At the end of the year there were opportunities to go elsewhere but in the last four months, I’ve never seen Team HARD look as relentless as they are now.”

Crees joins the fold off the back of two Ginetta championship victories, latterly the 2018 Michelin Ginetta GT4 Supercup.

He’s a latecomer to motor racing, with less than three years’ experience, but two titles in as many years proved to be enough to convince the confident 35-year-old that competing in the BTCC would be the way to go in 2019.

Having dominated the AM Class with a record of eleven race victories and eight other podium finishes across the 23-race 2018 GT4 campaign, he follows in the footsteps of Ginetta graduates Tom Ingram and Adam Morgan into Britain’s top flight.

“It’s been unbelievable for me,” said Crees. “I’ve only been racing for a couple of years and I’m going to compete in Britain’s top tier.

“We know it’s going to be a big step for us but we successfully made the leap through the Ginetta ranks, and we were initially looking at maybe Porsche Carrera Cup GB or another year in a Ginetta championship.

“When you take two titles in two years, though, you think ‘why not just go straight in at the deep end?’.

“I was a late starter to motorsport but we are where we are on merit but I couldn’t have dreamt of this even a few years ago.

“Being at Autosport International was just amazing having been there as a fan and now as a racing driver. I’ve been a massive BTCC fan for years and years and to be in the same fold as people like Matt Neal and Colin Turkington is just so surreal.

“I’ve got to forget all that now though. I’ve just got to get my head down and get stuck in; pick the right battles and go from there. I’m on the same grid in the same championship as those guys.”

He had other options on the table for the season ahead but he’s confident he’s done the right thing in choosing Tony Gilham’s squad as his destination.

Crees is reluctant to overextend his ambitions in his maiden campaign, and has set garnering experience as the priority, alongside the hope of top-20 finishes.

“Team HARD was a really good choice for us in the end,” he continued. “They’ve got a family feeling, a family infrastructure and there’s no undue pressure on me here.

“We were speaking to others in the paddock but we felt this was the best fit. I’m looking to gain experience and establish myself in the championship. I’ve got to learn the craft.

“With 30 cars on track at Brands Hatch Indy, it’ll be a real baptism of fire! Tony (Gilham) and all my sponsors have just been great in backing me.

“I’ve had a single test at Brands Hatch but it did go really well. It’s a big change. left-hand drive, front-wheel drive and a different feeling entirely. I got out of the car and Mike (Bushell) was very complementary about my performance. I ran him close!

“I’m not overextending in terms of what expectations I’m going to place on myself. Top 20 finishes would be where I’d be looking first, given just how competitive the championship is.

“Stepping up to the BTCC is different to anything else in that it comes thick and fast. The whole process around a weekend is different.

“You’ve got to be mentally strong, physically fit, ready to deal with the media, meet the fans and take part in all of the other duties that are demanded of you.

“I’m gearing myself up for that this year. I have to pinch myself every time I wake up. It’s what I’ve always dreamt of doing and now I’m here.”