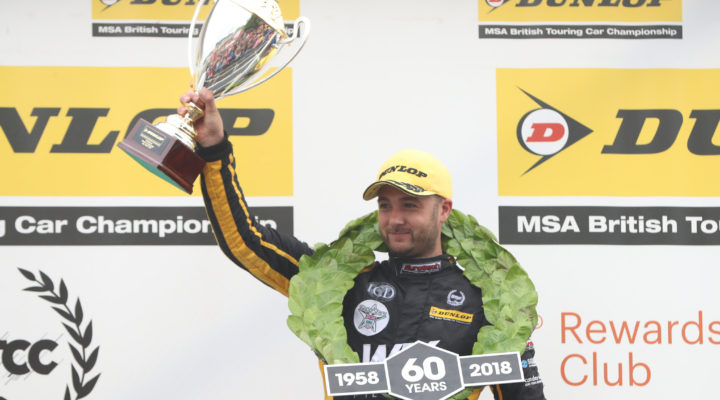 “I’m absolutely delighted to be back with Team HARD, who I made my debut with in the BTCC,” said Goff. “Tony gave me my first break in touring cars and it’s an amazing feeling to be back with the team, who have come on an awful lot.”

“It’s been an incredible 24 hours and I have to say a massive thank you to Tony, the team and my current partners. I honestly thought that I would have to sit out this year after a tough winter. I feel for Mike who is a great guy and driver, but I can’t wait to get behind the wheel of the Volkswagen CC.

“I drove the car in 2014 and have seen its upturn in form during the second half of 2018 with Mike and Bobby behind the wheel. I’ve spoken to my new team-mates, who have told me what the team has done with the car over the winter, and I have full confidence that we will be on the pace from the get go despite my obvious lack of testing.

“I am absolutely buzzing for the Season Launch and for the first round of the season at Brands Hatch. I am more determined than ever!”

The 28-year-old will get his first run in the car at the championship’s official media day at Brands Hatch on Wednesday this week.