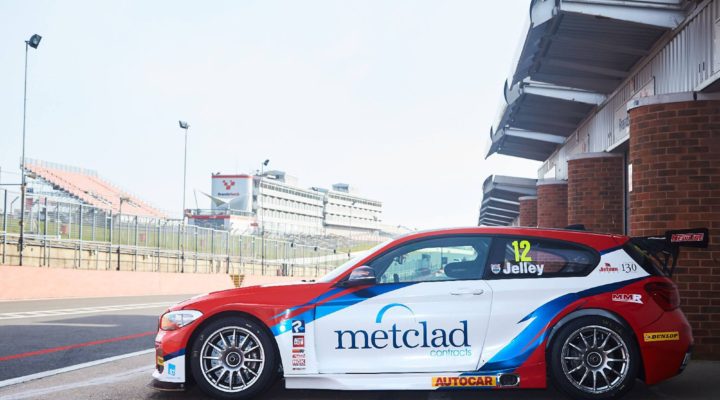 Stephen Jelley and Team Parker Racing will combine once again for a third-straight year in the Kwik Fit British Touring Car Championship and the second in the BMW 125i M Sport.

Jelley and the team are looking to build on a strong finish to the season which included qualifying just 0.023s off pole position at Knockhill. With the knowledge of a years’ worth of running in the BMW, hopes are high for 2019.

“This is the first time in ten years that I’m going to be returning to the same team, with the same race engineer, and mechanics,” said Jelley. “I’ll have consistency in the package and a car that has been vastly improved over the winter, which is very exciting for me. It’s all looking like it will be our best BTCC season so far. For a small team it is about building, and we’ve done a lot of that behind the scenes.

“This year is definitely the one that will reflect the effort that has been put in by everyone. There were a couple of flashes of what we were able achieve in 2018, and we’ll have a significantly better car this time out so I think we can really build on those positives. We are certainly a lot further ahead of where we were this time last year, so I think we’ll be a force to be reckoned with.”

“We are delighted to be racing with Stephen once again,” said Team Manager Stuart Parker. “We’ve been together now for six years through the Porsche Carrera Cup GB and BTCC and he is truly part of the team. We know we have the ability to be running in the top-ten and once you are in that position who knows what could happen?”

Both Stephen and Team Parker Racing are happy to welcome Jewson, one of Britain’s biggest builders’ merchants, to the team, joining the existing portfolio of partners which includes Jelson Homes, celebrating its 130th anniversary in 2019, Metclad Contracts, Maxi Readymix Concrete, Stressline Ltd, and Newline.